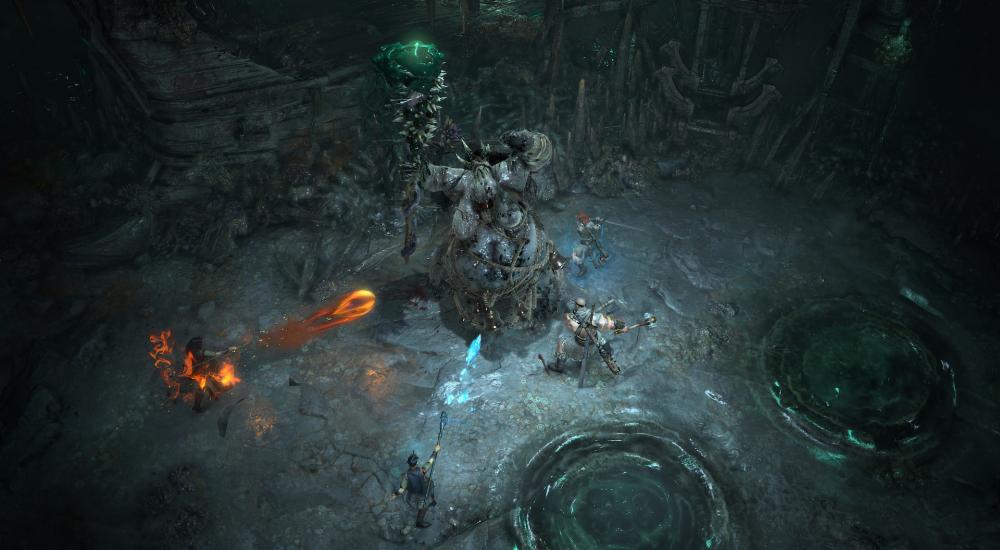 While the first bit of co-op news out of this year's BlizzCon was on the cheerier side, the second bit is definitely not. Diablo IV is coming to PC, PlayStation 4, and Xbox One, and... I'd say Blizzard got the "feedback" about Diablo III's art direction/style.

Things are not good in the world of Sanctuary. After the events of Diablo III, the realm has fallen into chaos for reasons and amidst all of that, some folks decided it would be a good idea to summon Lilith - daughter of Mephisto (Lord of Hatred) and one of the two beings (the other is an angel) that is responsible for the creation of Sanctuary. She is not... a friendly mother. Based on the cinematic reveal trailer, too, it seems that Blizzard has decided that Diablo definitely needs to be more "grim dark" than it was.

Alright, so, that should give you a good idea of the overall tone Blizzard is setting for Diablo IV. I mean, as the gameplay trailer below shows, you'll still be clicking and looting, but you'll be doing so amidst a much different backdrop compared to any of the previous entries. Quite literally, in some cases, as you'll be headed to parts of Sanctuary we've not seen before.

The trailer also shows off three of the playable classes: Barbarian, Sorceress, and Druid (the other two will be revealed later for a total of five classes at launch). As a fan of the Druid from Diablo 2, I'm glad to see the shapeshifting, boulder-roller make his return. Along with the return of familiar faces, there will also be some familiar features, including talent trees and rune words. A couple new features include mounts that can be used to traverse the landscape, World Bosses that have multiple phases, and "Keyed Dungeons" that "empower players to control their destiny and specify the types of challenging dungeon crawling experiences they want to take on." Finally, there will be a new tier of loot, Mythic, that has a lot of passive abilities tacked onto it, but you will be limited to equipping just one of these items at a time. The idea seems to be to really lean into the idea of having diverse character builds for folks to explore and create.

No release date has been revealed for Diablo IV, and we're not too clear on what all the co-op entails (or how many players are supported), but initial screenshots seem to stick to at least four players.