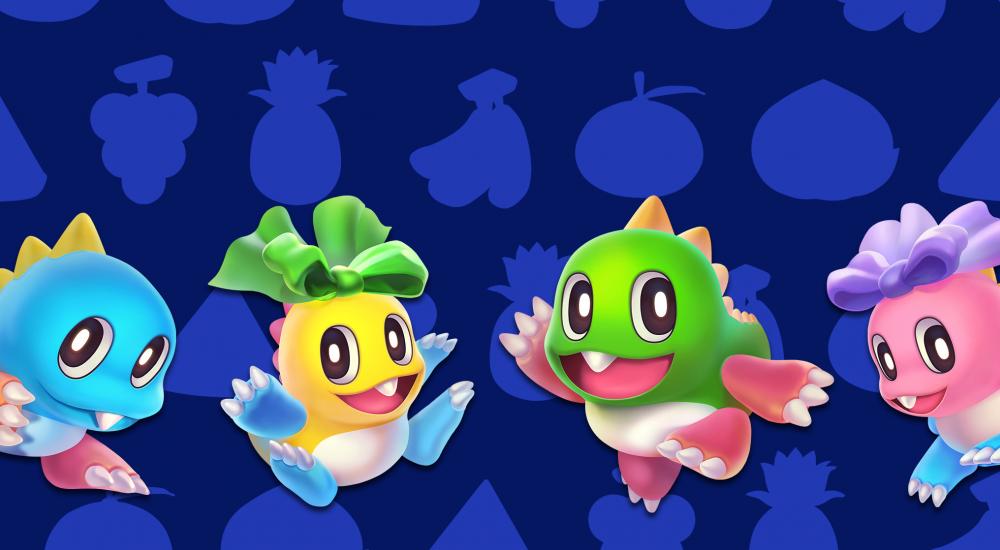 Bubble Bobble 4 Friends, the sequel to the 1986 arcade hit Bubble Bobble, is arriving soon (Nov. 19) on the Nintendo Switch for all our co-op friends in Europe. Those of us in the States need to wait just a little bit longer until we can get our hands on it, but for everyone, ININ Games and Taito have released some new information about the game, along with a new trailer and a website that breaks down the history of the series.

One of the new features for this entry is the ability to upgrade the two heroic dragons - Bub and Bob - by collecting special letters that are scattered throughout each stage of a world. The system is called "EXTEND" (guess what letters you'll be collecting?) and if you manage to collect every letter in a world and then beat the boss, you'll be able to upgrade your dragon by granting it a new skill or enhancing an existing one. The skills you can acquire are: Long Shot, Thunder Bubble, Bomb Bubble, Stop Wind, and Dash Skill.

On top of this new game, you can also play the original Bubble Bobble arcade game. Two titles for the price of one!