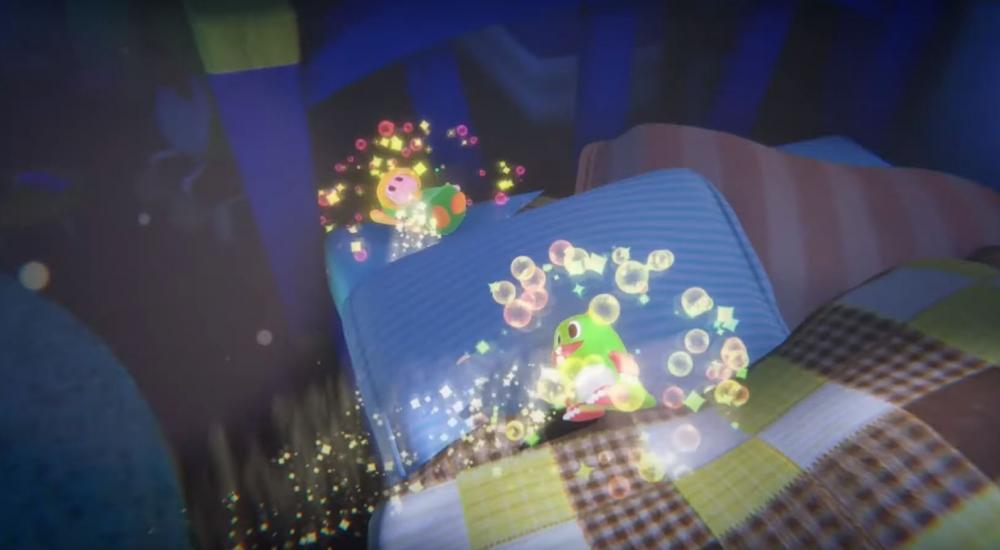 Here's a surprise: a Bubble Bobble sequel will arrive soon. Bubble Bobble 4 Friends is coming to the Nintendo Switch and will support four player couch co-op. The original is, apparently, hugely popular in Europe so if you live there, you'll be getting the game first on November 19, 2019. Fans in the U.S. will need to wait until sometime "first quarter 2020" to play.

Honestly, the fact that the original title is so popular in Europe was almost equally as surprising, to me, as the fact that a sequel has been in development and is coming out soon. We checked with Sam, our resident European, and he confirmed that yes, he is fond of Bubble Bobble, so we'll just say that he speaks for everyone and that information checks out. There's not a whole lot of other information for the game right now outside of the release dates and that it ups the couch co-op player count from two to four. Enjoy the announce trailer!