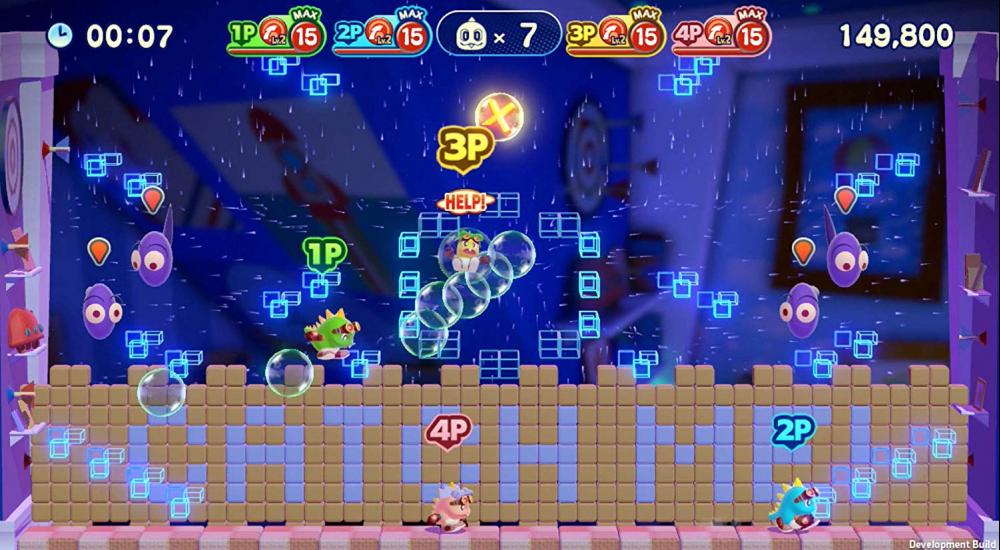 Once again, it's time for co-op legends Bub and Bob to emerge from their cryo-chambers and bring platforming joy to gamers worldwide.  It's been quite some time since their original arcade debut in 1986, but that doesn't mean the two's adventures have become any less fun.

The latest iteration of the action-platformer franchise is Bubble Bobble 4 Friends, which will be releasing on Nintendo Switch come March 31st.  This time around, our heroic duo is facing off with Bonner, a wicked magician with a horde of (presumably also wicked) henchmen.  Just like in the original title, Bub and Bob will traverse 100 levels in their quest for glory.

Bubble Bobble 4 Friends adds a bit of "strategic depth" to the platforming formula with the E-X-T-E-N-D bubbles, which grant players special abilities when collected.  They'll need it, too, as five different bosses will block their path along the way.  Anyone with a twinge of nostalgia for the original arcade title will likely be overjoyed to learn that it comes packaged with the game and offers local co-op for two players.

BB4F, on the other hand, has turned things up a notch on the cooperative front and allows up to four local players to work together and take down Bonner.  Once released, the game will be available exclusively on the Nintendo Switch.