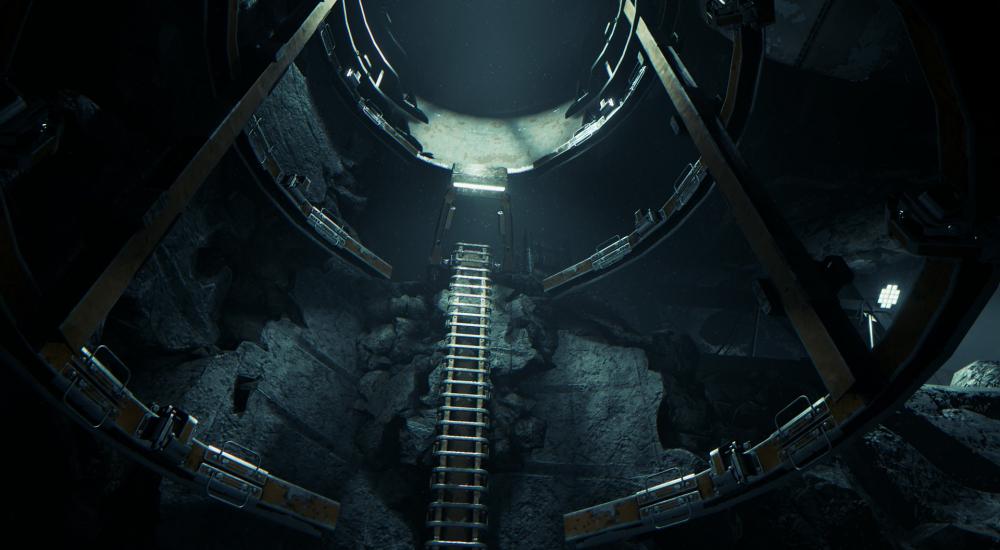 10 Chambers Collective's GTFO arrived via Steam Early Access last week. As it is still in the beta phase, there are only six levels available at the moment, though getting through those won't be easy. The developers are out there pretty publicly stating this game was designed to be a challenging experience and that it may not be for everyone. Based on what I've played so far, they're not wrong.

We'll be streaming the game later this week as part of our regular "Let's Play Co-Op" feature (on a Thursday, this time, due to scheduling), and offering up some more thought out written impressions after that. My initial thoughts of it are: 1) it has styyyyyle, 2) it successfully creates a horror vibe through tension, and 3) the gameplay is methodical and heavily focused on stealth/tactical engagements over "shoot everything!" It took us three attempts at the first level to gain an adequate understanding of how enemies behave/react to us and how to deal with them, and it'll take us several more before I think we'll be able to clear it. Communication with teammates is absolutely key, and "Leroys" will quickly bring about disaster for the team.

Another interesting feature of the game is the overall setup of the missions available to you, which is encapsulated in a feature that 10 Chambers' call "The Rundown." A full explanation can be found in the video below, but essentially, you'll have an initial mission (or missions) to clear before you can proceed to the next set. These get more difficult as you progress and change after a set period of time (the amount of time where a select group of missions is available will change).

From what I've seen so far, the general structure of a mission (e.g., the map layout and objective) remains the same, but the placement of items, enemies, and other things change each time you load into it; either because you died and are trying again, or because you really want to beat it again. It's a cool way of ensuring there's always new things to do and new challenges to tackle. It's also worth noting that 10 Chambers has stated that there will be no "pay-to-win" microtransactions, and that any additional content that sell will solely be cosmetic in nature.

GTFO is available now via Steam Early Access at a 10% discount ($31.49 instead of $34.99). Four player online co-op is supported in the game, and it is also required. There is no matchmaking so you'll need to bring along your own co-op crew, or join the official GTFO Discord server and make some new friends there.