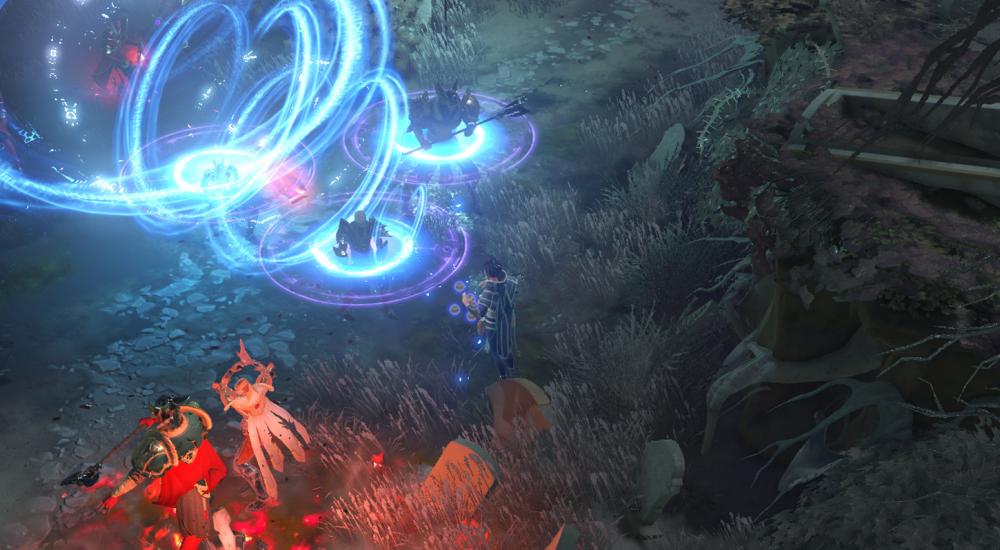 The first gameplay trailer for Magic: Legends dropped this week, giving us our first glimpses of two of the (initially) planned five playable classes - the Geomancer and the Mind Mage. Much of the action has a distinct Diablo-vibe to it, though there are a couple things in the trailer that help to root it in the Magic universe.

In the initial announcement, developer Cryptic Studios and publisher Perfect World Entertainment revealed that players would assemble a deck of cards that comprise the spells they'll cast as they play. It wasn't clear how any of that would work, but the new trailer does show a little bit of that in action. If you watch the spell icons in the bottom-right of the trailer, you'll notice that they will change as spells are cast; the idea being that you're using that spell and then drawing a new one to replace it from your deck. How that works is discussed to some degree in the impressions article from Game Informer that is part of their cover story on the title this month. One stand-out from that piece is players will be limited to using just two colors (Black, White, Blue, Green, and Red) in their decks, so no Bants, Junds, or Grixis here.

The MMO action RPG will be entering beta sometime this Spring, and you can head over to the official website to sign up for a chance to get in.

Magic: Legends is slated for a 2021 release on PC, PlayStation 4, and Xbox One. Three player online co-op will be supported.