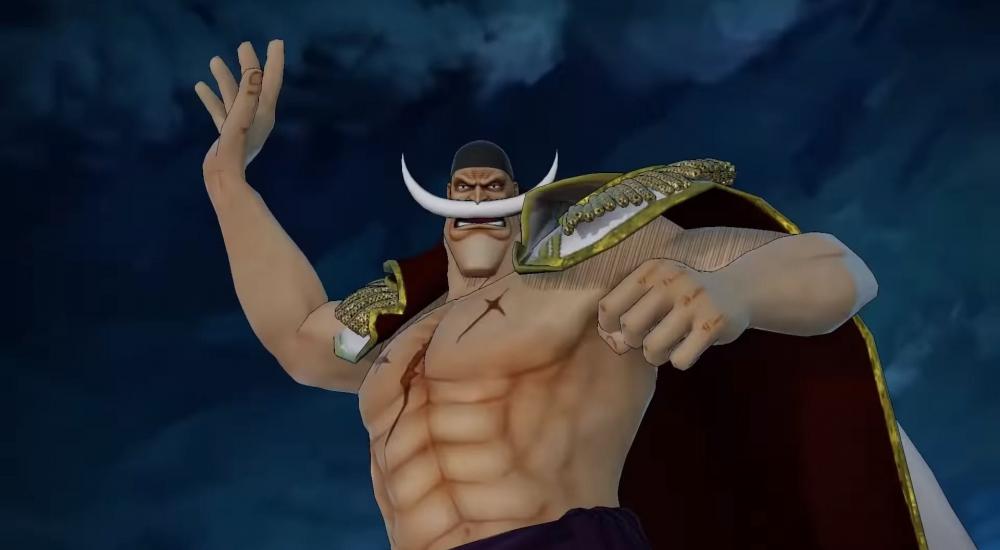 There's just a month and a half left before we, The Gamers, will be graced with the latest and greatest in musou technology.  Bandai Namco is hard at work placing the finishing touches on One Piece: Pirate Warriors 4, but while we wait for the next installment of their immensely popular franchise, let's take a gander at some of the characters it will be adding.

First up, we have Whitebeard (or Edward Newgate to his friends).  Per the game's website, Newgate "wields the power of the Tremor-Tremor Fruit, the abilities of which are considered powerful enough to destroy the world."  His special ability revolves around, you guessed it, tremors, which leave a path of destruction in their wake.

Next is an old Whitebeard Pirate commander named Marco.  Ol' Marco "is a Mythical Zoan user, which is said to be rarer than users of the Logia-type Devil Fruits."  To gain an advantage over his opponents, he can transform into a flaming phoenix and make a combination of ground and aerial attacks.

Finally, we have Portgas D. Ace, or "Fire Fist Ace".  Formerly an independent pirate (In this economy?  Woof.), Portgas joined the Whitebeard Pirates after he was defeated by Newgate.  Again, according to Bandai Namco, Portgas "ate the Flame-Flame Fruit, and has complete control over fire."  That's, uh, quite the skillset.

That's all for now!  Come March 27th, One Piece: Pirate Warriors 4 will be available on PC, PlayStation 4, Xbox One, and Nintendo Switch.  It features online co-op for up to four players.