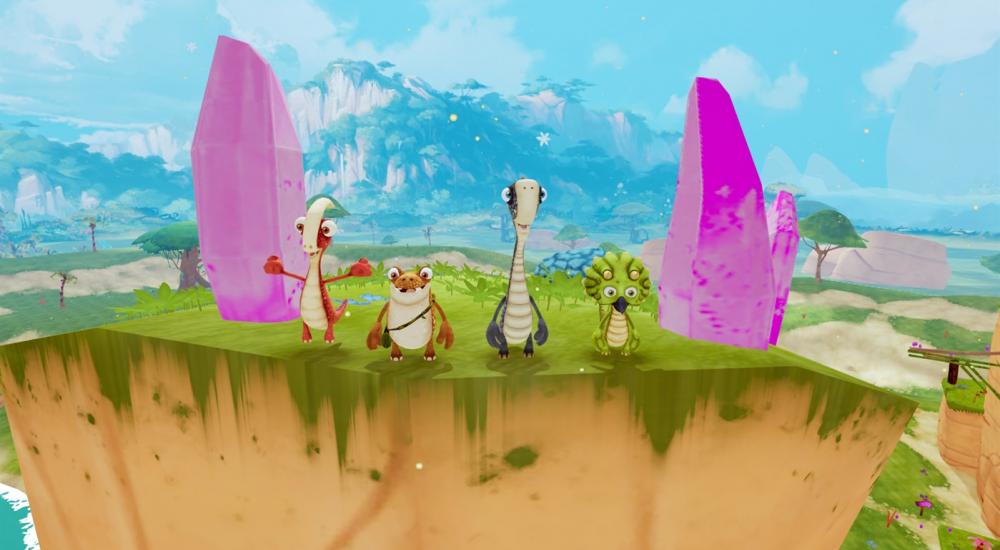 Family friendly co-op games are often tough to come by, traditionally relegated to the LEGO series. But today we've got a brand new release for a brand new children's series on Disney Junior called Gigantosaurus.

Explore and race across the prehistoric world of Gigantosaurus. This Disney dino tale is part saving the world, part super race, and all giant fun! Rocky, Tiny, Mazu and Bill have scary problems – like the meteor that’s blocked up Giganto’s volcano! Only you and your dino friends can dare to solve puzzles and save the day – but you might need Giganto’s powers too! And the end of each story is the start of a super rally to the next zone. Will you be the most roarsome adventurer or the fastest racer?

The game looks to be a mix of platforming and kart racing with each player taking control of one of four dinos in drop-in/drop-out co-op gameplay. The couch co-op game is out now on Xbox One, PC, Nintendo Switch and PlayStation 4 for a suggested price of $39.99 - though you can snag it a little cheaper already on Amazon.