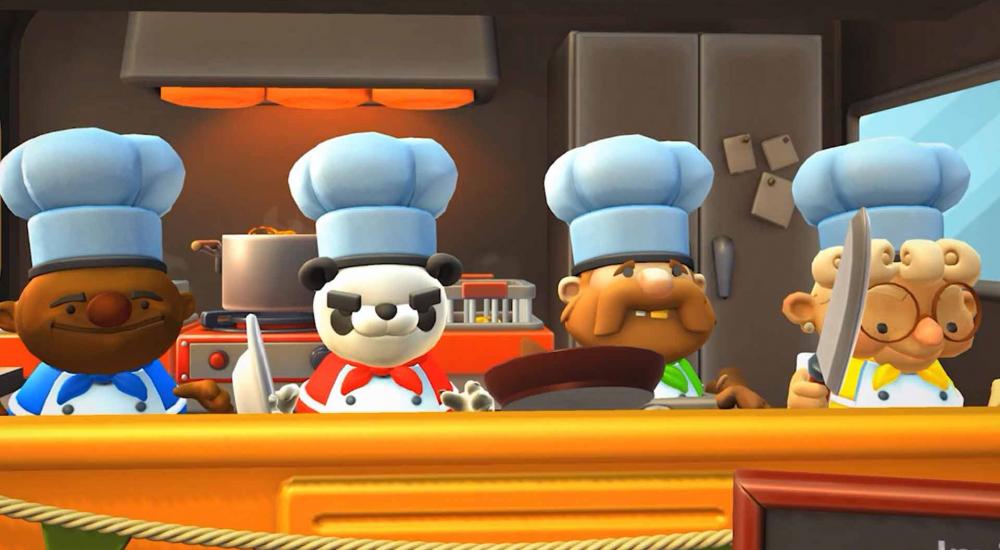 The chaos enthusiasts over at Team17 have pumped out tons of extra Overcooked! 2  content since its original release, and they sure would love to spread it to the world.  Perhaps it's a gesture of good will, or maybe they just enjoy being the cause of kitchen-themed panic, but either way, they're releasing a new "Gourmet Edition" of the title on April 7th.

Alongside the base game, the "Gourmet Edition" will contain four DLC packs adding new levels, items, chefs, and recipes.  It'll also include a fifth cosmetic pack offering a few extra options for the game's goofy chefs.  There's a whole lot of content in here, so check out the official descriptions for a better understanding:

That's a whole lot of gameplay wrapped up in a nice, tastefully prepared package.  It definitely hasn't been thrown across a kitchen, left on the floor for thirty seconds, and then smashed onto a plate at the last minute.

Overcooked! 2 is out now on Nintendo Switch, PlayStation 4, Xbox One, and PC, with the "Gourmet Edition" out April 7th.  The game offers online and local co-op for up to four players and allows any combination of online and local players.