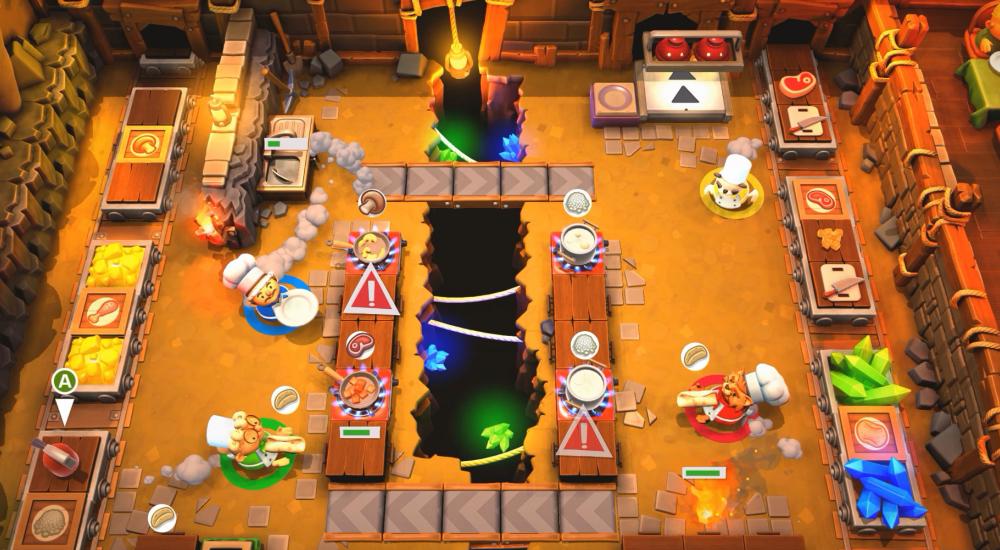 Ghost Town Games' Overcooked! 2 arrived last week on every platform, and if you were a fan of the original, then there's even more for you to love here. A new campaign, a new Arcade mode where you can play random levels with friends, new recipes, and new chefs! We dedicated this week's "Let's Play Co-Op" stream to doing our best to fulfill orders in a timely fashion and (mostly) succeeding.

I was a big fan of the first Overcooked! For me, it was the co-op game of the year in 2016 and the only thing I could see it needing to make it even better was online co-op. Sure enough, the sequel includes that feature and also allows for combo co-op, so you can continue you yelling at friends on the couch while also yelling at ones that are further away. In addition to that, Overcooked! 2 also introduces the ability to throw ingredients to other players (no cooked ingredients, cookware, or plates, though). This allows for even more chaotic cooperation as you'll be hucking things back and forth between two moving rafts or balloon platforms, or just to laugh at a cucumber hitting your friend in the back of their head. Oh, there's also an emote wheel now, too, which I'm sure you or your friends won't abuse...

Outside of that, this is the same Overcooked! that I loved two years ago. In the Story mode, you progress through levels that increase in difficulty by adding new stage/environmental hazards to work around, new recipes that require multiple steps to complete (I think baking a cake is easier in real life?), or a combination of the two. Cooperation is absolutely required if you want to get three stars, but that doesn't mean you can't enjoy an opportunity to occasionally grief a buddy.

Whenever someone asks me "what's a co-op game you'd recommend for anyone," Overcooked! is always my first answer. I played through the entirety of the first game with my partner, I gifted it to my nephew/niece for Christmas last year when they got an Xbox One, and I told a family friend they should get it to play with their kid; it's just that fun/good. Now, I can tell all those same people, "guess what? There's a sequel that's just as fun and we can play it together!" It doesn't get better than that.