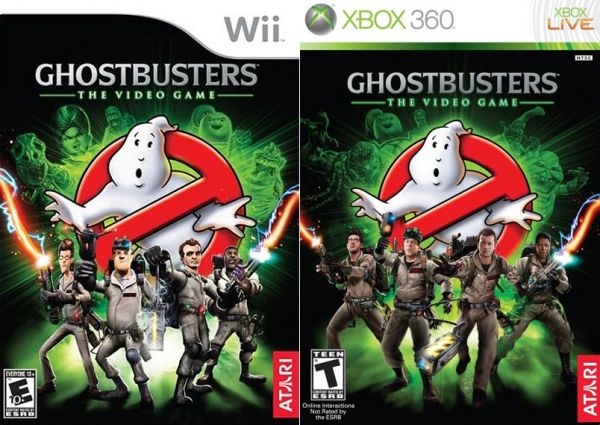 I saw this interesting story over at Kotaku, and thought I'd share.  Usually game box art is hit or miss as to whether or not what's advertised on the cover is in the game.  The upcoming Ghostbusters game from Atari though is being straight up about it.

The Wii, PS2, and DS versions differs greatly in graphical style from the 360 and PS3 version, and the box arts for those respective versions mimic it.  Even the ghosts on the E10+ Rated versions aren't as menacing as the T rated version.  It's good to see publishers taking the honest and upfront route in this case.

The graphics aren't the only difference between the games, in fact the co-op varies greatly between the versions.  The Wii version of the game features a two player split screen co-op mode through the single player campaign.  One that you can read more about right here in our developer interview.  The Xbox 360 and PlayStation 3 version on the other hand feature a unique online co-op campaign mode that is separate from the main game.  You can read more about that one right here in our developer interview.