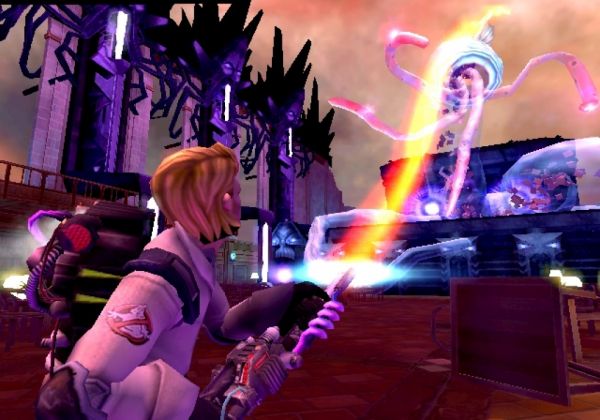 We've already told you that the upcoming Wii version of the Ghostbusters game is going to feature "A Pixar style look" - and now with the latest batch of screenshots you can see that for yourself.

If you haven't been following Ghostbuster news, the Wii version of the game is currently the only version slated to feature a "true" co-op mode with 2 player split screen co-op through the entire story.  But all isn't lost yet for Xbox 360 or PlayStation 3 owners - we think there's still hope.