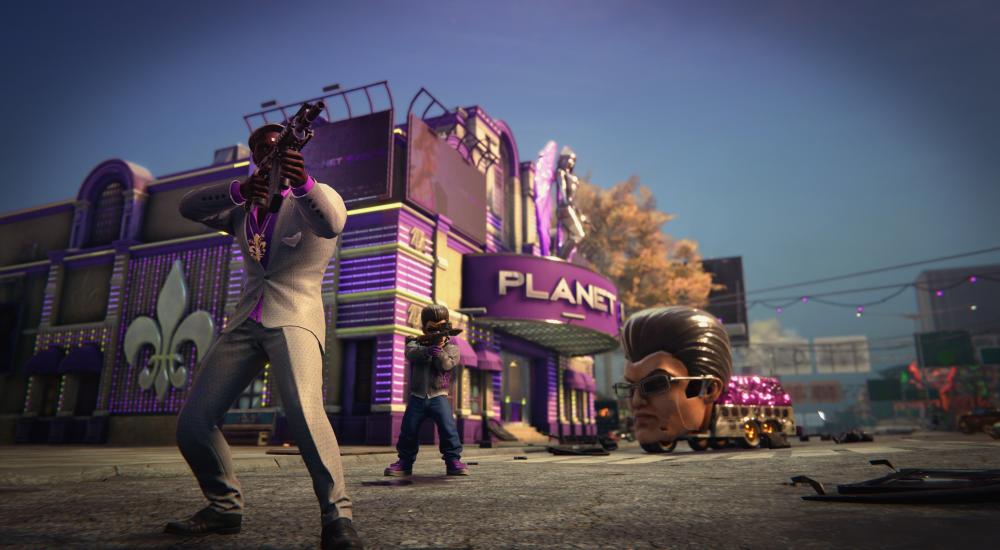 It's been nearly nine years since Saints Row: The Third glimpsed a world in which the eponymous Saints had reached celebrity status, and what a world it was.  Luckily, we no longer have to daydream about such a place (or bust out our old consoles to explore it), because Saints Row: The Third Remastered is releasing on May 22nd.

The remastering process, handled by developer Sperasoft, means nearly facet of Steelport and its inhabitants has been given a might fine facelift to make the game sparkle and shine on current generation hardware.  As you might expect, the Remastered edition also includes the game's three expansion packs and over thirty pieces of DLC, meaning players can revisit the full experience.

We thought Saints Row: The Third was quite the co-op achievement when it was first released back in 2011, and one might even argue that it's the pinnacle of the series.  Regardless, this new edition offers a fun opportunity to romp around in Steelport and either relive the Saints Row brand of chaos or experience it for the first time.

The Remastered version restores the game's two player online co-op, so you and a friend can take down the Syndicate together.  When it's released, Saints Row: The Third Remastered will be available on Xbox One, PlayStation 4, and PC.