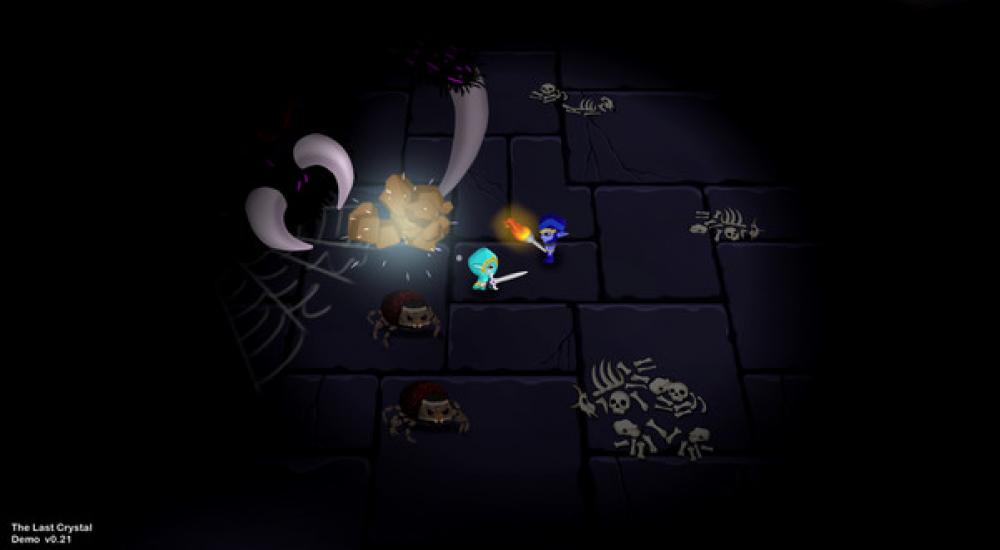 If you’re hungry for some adorable 2 player co-op or just a simple, visually-pleasing romp, you may want to give The Last Crystal a try now that the demo has gone live on Steam. In the super cute gameplay trailer (below) you can see the puzzle-solving co-op game in action as the heroes go about spreading flames, fighting monsters, upgrading their stats, traversing a variety of environments, talking with pandas, and more. While the date of the Kickstarter remains TBD, you can still enjoy a playable demo of the project before pledging your support.

While the developer / publisher Falling Flames has not disclosed too much as to the specifics of the game, the official Steam page does state that “The Last Crystal is a co-op adventure game for 1 or 2 players. Team up to explore a dangerous magic temple with its lively forest and dark caves, defeat epic foes, join helpful allies, acquire unique powers and solve enigmatic puzzles to unravel the secrets behind the last and most powerful crystal.” So it’s right up our co-op alley!

Has the demo for The Last Crystal earned your support, or are you going to wait for more news from the developer before you pledge? Let us know in the comments below!