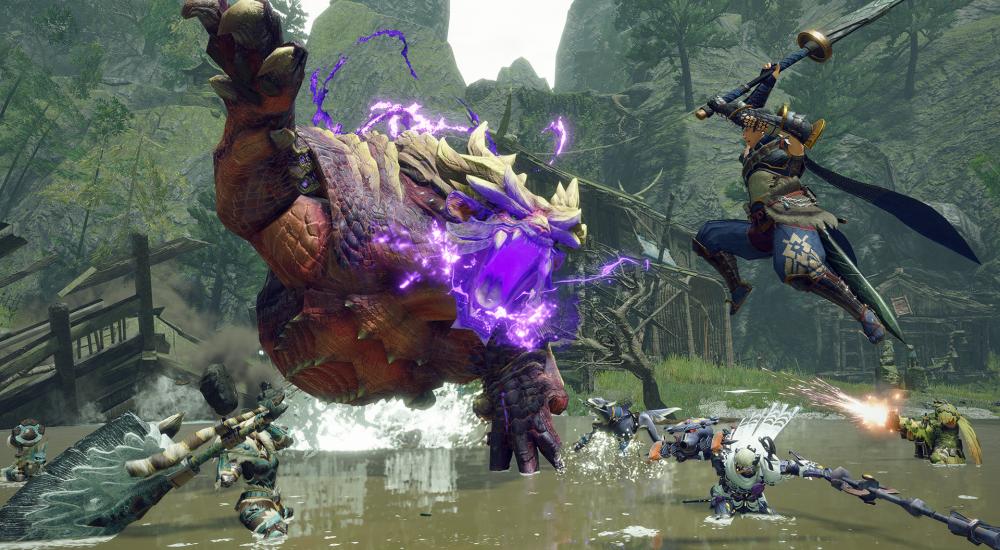 It's been awhile since our co-op crew has gone on a monster hunt, but last week Locke, Mike, and Jason donned their armor and doot horns to check our the Monster Hunter Rise demo on the PC. Everything went exactly according to plan and they definitely have no rust from not playing for a while...

All three of us went pretty hard into the PlayStation 4 version of Monster Hunter World, but then fell off before Iceborne came off and - with the exception of Locke - didn't make the switch to PC. Mike has put a little bit of time into Rise on the Switch, but with the impending release of the game on the PC and the expansion - Sunbreak - due out sometime Summer 2022, this seemed like a great time to hop in and check out how the game fares on the PC. So far, it seems like it's a pretty straightforward port of the Switch version with some higher res textures and 4k support; which is probably all that's needed.

As far as the actual game itself, it sits somewhere between World and the older entries in the Monster Hunter franchise. Many of the movement and other quality-of-life improvements that came with World to make it more enticing to a broader audience are present in Rise, but there are some things - like the scout flies and investigating footprints - are absent. Going from World to Rise doesn't feel like a huge transition and I'm looking forward to getting back into some big monster fights.

The PC demo of Monster Hunter Rise is available now via Steam and the full version will launch on January 12, 2022. The full game is also available now on the Nintendo Switch. The Sunbreak expansion is slated for a Summer 2022 release.