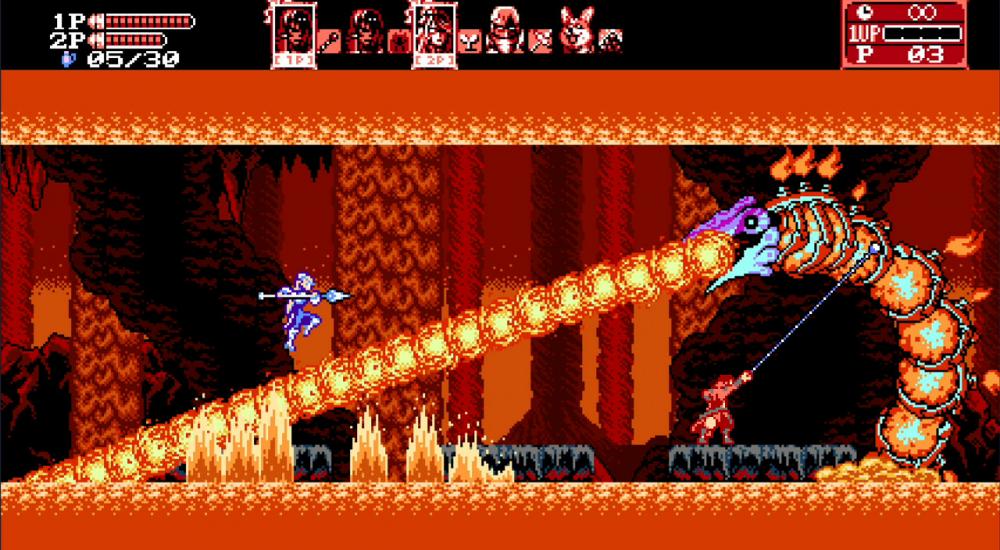 With all these new console specs floating around, it's easy to get swept up in a flurry of new, high-definition graphics, but legendary game producer Koji Igarashi has once again reminded us that the 8-bit aesthetic isn't quite dead.  His latest title, Bloodstained: Curse of the Moon 2, is out on July 10th, and it'll give you all the retro Castlevania vibes you need to get you through the summer.

The original Curse of the Moon arrived in 2018 as a stretch goal for Bloodstained: Ritual of the Night's Kickstarter campaign.  It was so well received that Igarashi and Co. decided to return to the pixelated hellscape for an expanded sequel.  In both Curse of the Moon and Curse of the Moon 2, players initially control a swordsman named Zangetsu and guide him in his quest to eradicate demonkind.  Over the course of the game, new, playable allies will emerge to help Zangetsu in his journey.

Alongside the cast of the original game, Curse of the Moon 2 adds three all-new playable characters to the roster.  The sequel also brings with it a brand new local co-op mode allowing two players to team up and take on the campaign together.  Combining the abilities of two demon hunters at a time means Bloodstained fans will have a ton of different ways to conquer their demonic foes.

When Bloodstained: Curse of the Moon 2 is released on July 10th, it'll be available on PC, Nintendo Switch, Xbox One, and PlayStation 4.  Its two player co-op is only playable locally.