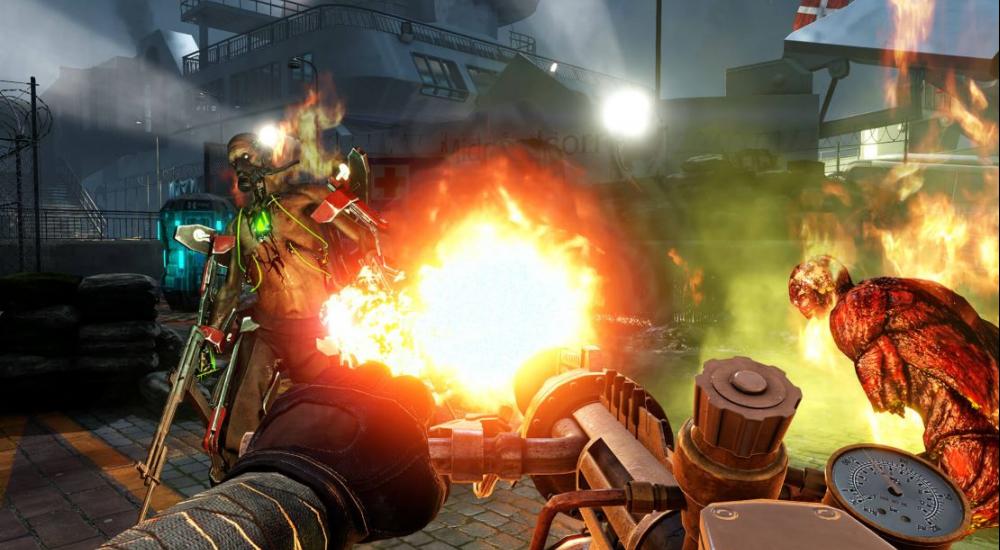 Epic Games and Tripwire Interactive have announced that Killing Floor 2 is available for everyone for free until July 16th. The first person co-op horror game is a fast paced survival shooter pitting players against mutant enemies in a all out slaughter to survive. Originally released in 2016 on Steam, Xbox One and PlayStation 4 the game continues to add content along the way.

The good news is, the Epic store version of the game is completely cross-play compatible with the Steam version.

To ensure the player base is not divided between storefronts, Tripwire Interactive has worked in advance to enable cross-play and cross-invites between the Steam and Epic Games Store versions of Killing Floor 2. Moving forward, the entire PC global community can band together and form parties more quickly to slaughter more zeds than ever before.

Killing Floor 2 did get into some hot water with its community last year when it released microtransactions for weapons that were more than just cosmetics.

New weapons will be sold at $9.99 US. Each come with five unique skins, are being designed to not give players who pay for them an unfair advantage over those who don’t want to spend money, but instead these weapons are designed to provide new gameplay experiences and fill new roles within the arsenal that are not already served If only player own a paid weapon on a server, all other players in the game will also have access to it, to “prevent possible gameplay discrepancies.