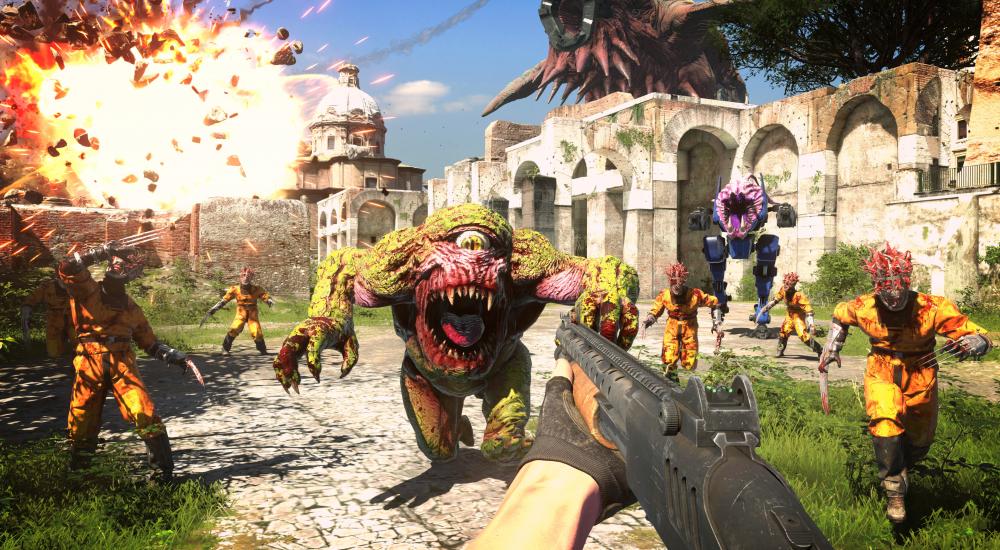 It's been a while since we've gotten a full, numbered Serious Sam entry, and while the franchise's hordes of fans (Sammites? Samaritans?) have been very patient in waiting for the upcoming Serious Sam 4, they'll unfortunately have to hold on just a bit longer.  As it turns out, developer Croteam no longer feels comfortable with the original August release date and, as such, have pushed the release to September 24th.

If you're looking for a reason to slay wave after wave of goofy-looking monstrosities, Serious Sam 4 will probably have you a little hot under the collar.  Alongside the expected additions of new weapons, enemies, and stages, the FPS is also introducing its Legion system, which means you can expect levels to be populated with thousands of foes at a time.

As far as co-op is concerned, up to four players can team up online to take on the game's main campaign mode, as well as some additional side quests offering extra challenges.  When Serious Sam 4 is released in September, it'll be available on PC and Google Stadia.  You can expect the console versions (presumably PlayStation 5 and Xbox Series X) to arrive sometime in 2021.