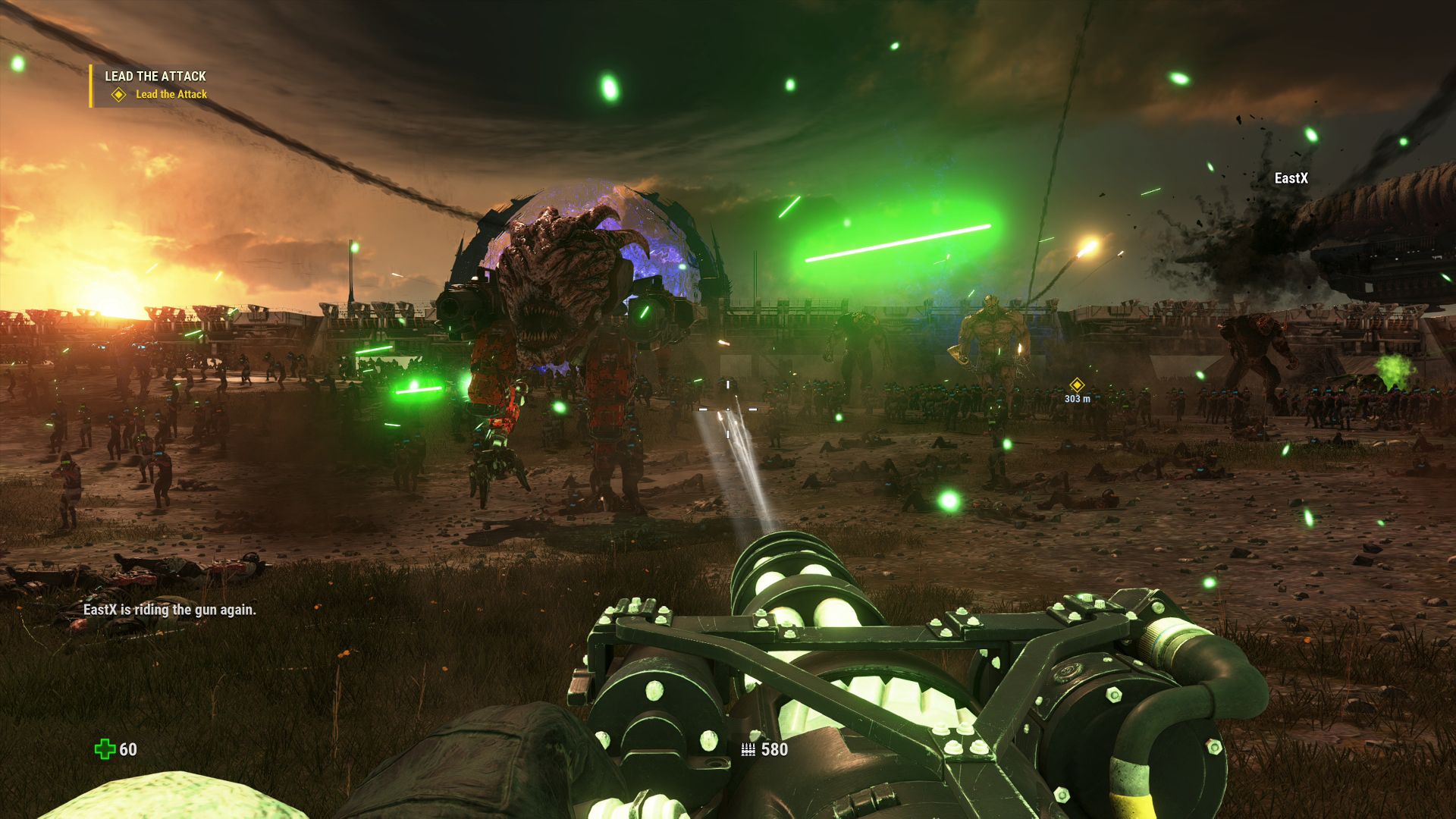 Although the Serious Sam series originated on PC, it has a long history of console ports as well. That's why we're seriously stoked that Devolver Digital and Croteam have finally released Serious Sam 4 on Xbox Series S|X (and Game Pass!) and PlayStation 5, complete with 4-player online co-op.

The fourth numbered game in the Serious Sam series first launched on PC and Stadia (oh boy!) last fall. My co-op partners and I had a blast with the Steam version back then, even livestreaming it on Twitch with Co-Optimus founder Nick Puleo. Now that the Stadia timed exclusivity contract has lapsed (and current-gen consoles have grown larger userbases), the Xbox Series S|X and PlayStation 5 versions are here. This latest entry in Croteam's long-running FPS series takes place between Serious Sam 2 and 3. On planet Earth, a gigantic portal opens in Russia, allowing the evil, alien forces of Mental to invade our world. Amidst the ensuing chaos, "Serious" Sam Stone and his team of allies must investigate a series of mysterious relics and archaeological dig sites that hold the key to thwarting the invasion.

The increased focus on story and cinematics (as opposed to text-heavy database entries) is just one of Serious Sam 4's improvements over past entries. The series' penchant for combining battles against dense hordes of oddball enemies with the exploration of vast environments is still here. The new game features more modern and varied level design, however, increasing its approachability. Players can also toggle to a third-person view that works perfectly well. And, of course, the whole thing looks a lot prettier than its forebears.

The new console version offers both graphics and performance modes. After briefly playing on Xbox Series X, I have to recommend Performance over Graphics. The frame rate isn't silky smooth even on Performance, but it's certainly the better option. You'll want to turn down view bobbing the game settings, just like on PC, in order to avoid motion sickness. Online co-op works well, but there doesn't seem to be any matchmaking - unless I'm just overlooking it.

Serious Sam 4 for Xbox Series S|X is now available on Xbox Game Pass, so forming a full 4-player online co-op team with friends should be a snap. The game also sells for $39.99 on Xbox Series S|X, PlayStation 5, and Steam.

We'll have a full co-op review of Serious Sam 4 soon!