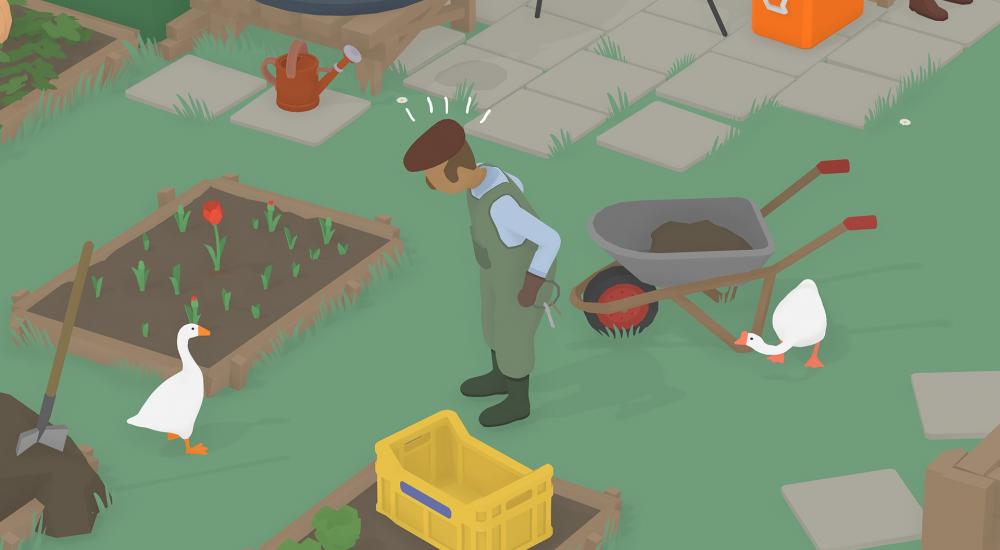 Everyone's favorite game about an especially mischievous goose is about to get a local, two player co-op mode, meaning double the trouble and double the honks.  As announced earlier this week, Untitled Goose Game will be expanding its player count via a free update on September 23rd.  You can obviously still pick up the game before that update hits, but just know that you'll be a very lonely goose until then.

For those who've never encountered such horrible waterfowl, Untitled Goose Game centers on the titular goose and its ongoing quest to cause as much mischief and mayhem as possible.  You'll be swiping keys, stealing packed lunches, and, of course, honking as much as possible.  Each of these objectives presents a light puzzle challenge to complete, so you'll need to use your whole goose brain if you want to succeed.

Also of interest is an expansion of Untitled Goose Game's available platforms.  On the same day as the free update, it will become available on Steam and itch.io (expanding from its original home on the Epic Games Store), so even more PC users can join in on the trouble making.  If you're the sort of person who's into physical copies of games, preorders are open for PlayStation 4 and Nintendo Switch via iam8bit.  These should arrive on September 29th.