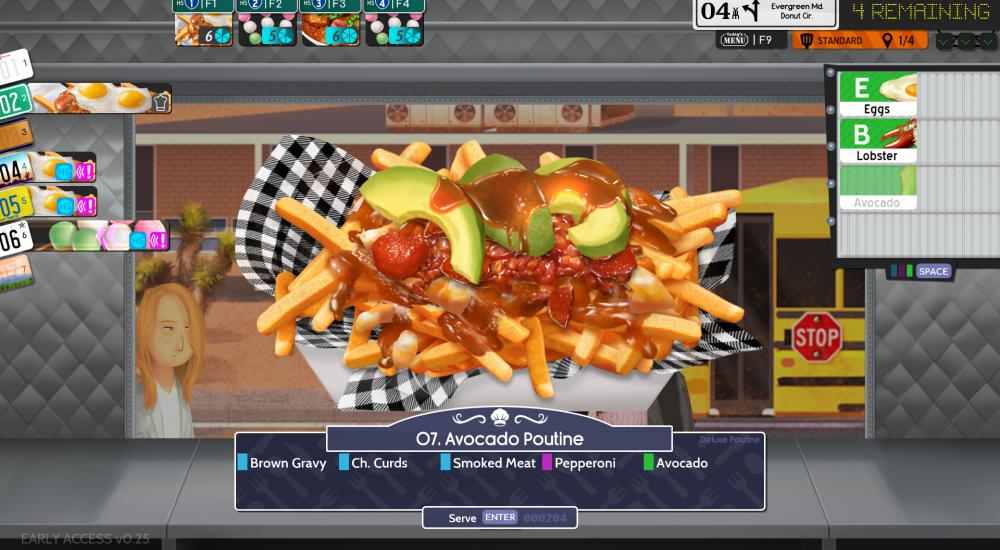 There is a third entry in the Cook, Serve, Delicious series - appropriately named Cook, Serve, Delicious! 3?! - making its way onto the PC in just a couple weeks via Early Access on Steam and GOG.com. The title will eventually see a full release on that platform as well as Nintendo Switch, PlayStation 4, and Xbox One, but if you just can't wait to man your own food truck and start cooking with a buddy, then you'll want to set a reminder on your device of choice for January 29, 2020.

Much like the previous title, Cook, Serve, Delicious! 3?! will feature two player drop-in/drop-out couch co-op throughout the campaign. The trailer below shows off much of what you'll be doing but it's a lot to take in if you haven't played any of the other games. Basically, you'll be given orders to complete and doing so requires you to press certain keys on your keyboard (or certain buttons on a gamepad) to navigate through sub-menus as in order to prepare ingredients, assemble them into a dish, cook the dish, and then plate it up. The more often you prepare these dishes, the more familiar you'll get with the exact sequence of keys or buttons to press, so it eventually becomes a game of muscle memory. Whereas the previous games were all set in restaurants, CSD 3 is set in a war-torn America in the far-off year of 2042 and you're driving around in a food truck serving up delicious treats to hungry patrons.

Cook, Serve, Delicious! 3?! will be available on PC, Nintendo Switch, PlayStation 4, and Xbox One when it sees a full release later this year. Two player drop-in/drop-out couch co-op is supported throughout the campaign.