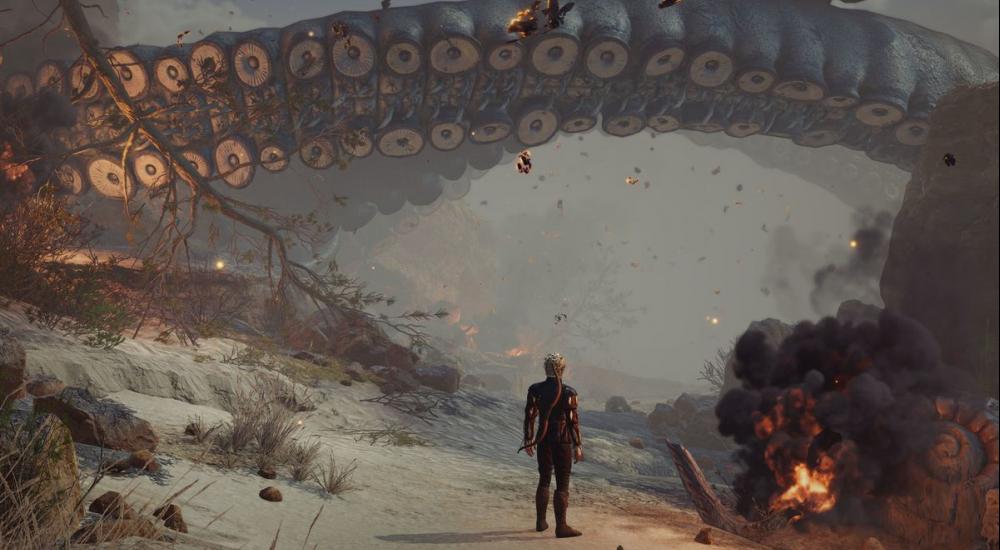 Baldur's Gate is over twenty years old, and while a sequel only took two years, the third game in the series is arriving sometime next year. Players can begin to participate in an Early Access version of Baldur's Gate III which features the game's first chapter, a lot of the core systems and characters, and best of all - online co-op play.

We're not going to give too many critical impressions of the content or gameplay, it's all subject to change as the game is developed over the next year. What we can tell you is there's a solid foundation in place here based on Dungeons and Dragons 5E ruleset, some exposed via various dialog boxes and UI elements.

The game's character creator gives players plenty of options to choose from with numerous races, classes, and factions available to make their avatar from. Co-op players can start a game together each creating their character and diving right into the story. After that you are dropped into the world and off you go.

There's a good chunk of content here already and the co-op play works fairly well together. Dialog is a shared experience, combat has each player taking turns, and you can share items and pickups between players. Check out our stream recap below and see the game in action and be sure to check back with us over the next year as we continue to see how the game progresses.