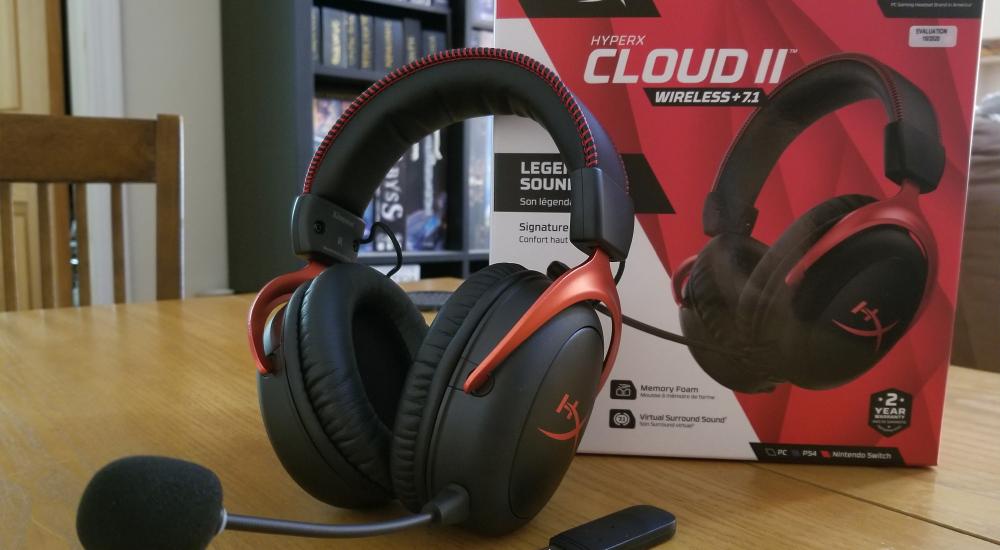 The primary difference, of course, is how they connect to a device. The wired Cloud II connects to a device with either a single 3.5mm jack or further connects that jack into a surround sound control dongle ending in a USB connection. The wireless Cloud II comes equipped with a USB dongle (for a 2.4 GHz wireless connection). For both, a simple press of a button (a dedicated button on the dongle for the wired and a quick press of the power button for the Wireless) will enable 7.1 surround sound.

The Cloud II Wireless possesses two lighting features, which are new to this version: a red light by the mic mouthpiece when you hit the mute-mic button (to indicate the mic is muted) and a status/charging LED pinpoint on the headset itself. I find the status/charging LED button very useful, since my previous wireless headset didn’t have an external indicator of charge level. When in use, the Cloud II Wireless will have a solid green light when the headset is 90-100% charged, blink green when it’s 15% - 90% charged, and blink red when it’s under 15% charged. Similarly, when charging the headset via the included USB-C cable, a solid green light will tell you it’s done charging with breathing green meaning 15% - 90% charged and breathing red to indicate it’s under 15% charged. The promises of 30 hrs of battery time and 20m range seem very sound. After over a week of intermittent but frequent use (turning off the headset between uses), I still have yet to run out of my first battery charge. I’ve also left my laptop in the living room to go get a cup of coffee in the kitchen and my audio input was uninterrupted. Like all other HyperX headsets, the Cloud II Wireless is also exceedingly comfortable, making it easy to forget I’m even wearing it sometimes. The audio is clear and the microphone is crisp with good background noise blocking. The microphone also comes with an optional pop filter.