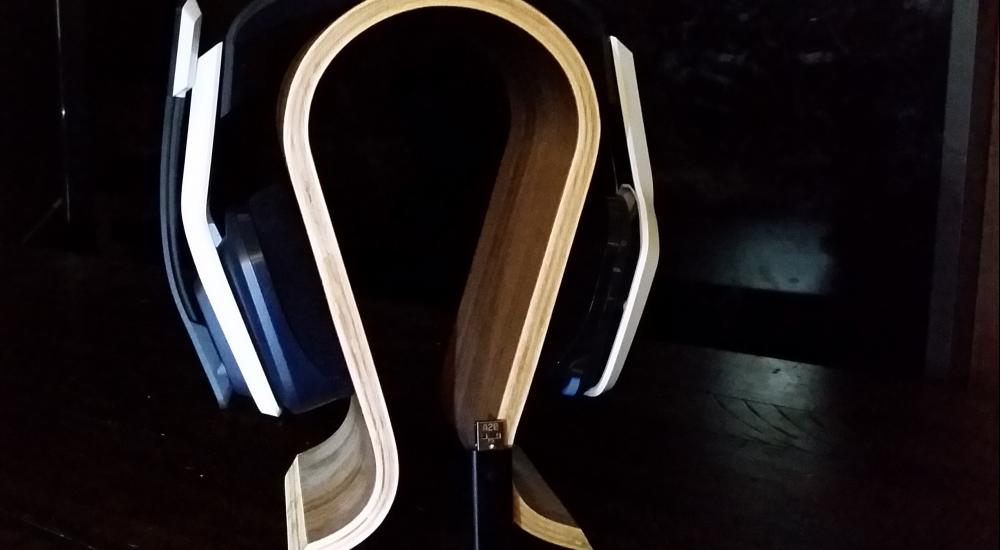 ASTRO debuted its first A20 (Gen 1) wireless headset three years ago as a mid-tier alternative to the pricier A50. As the gaming industry prepared for the launch of the current gen consoles (PS5 and Series X), so, too, did ASTRO; this past October they launched the Gen 2 version of the A20 wireless headset, which touts a couple new features over the Gen 1 while still maintaining that mid-tier pricing.

The new A20 uses a USB dongle instead of the transmitter box from Gen 1 and it'is instantly compatible with the PlayStation 5 and Xbox Series X; the Gen 1 requires either a firmware update or a new adapter depending on the console. Aside from that, it's largely still the same quality product. The audio is a little better as it uses the newer "ASTRO Audio v2" for sound balancing, the 15 hour battery life holds up (and then some), it maintains a fairly stable connection within the 15-meter guaranteed range, and the headset itself is ok to wear for short periods. It’s also available at a slightly lower price compared to the original ($119 vs $139), but there are some definite drawbacks. I will admit that I am not the most discerning person when it comes to the headset I use. As long as it's comfortable and the audio isn't tinny, muddied, or otherwise terrible, I'm content. I've used a HyperX Stinger wired headset for the past 3 years, and an ASTRO A40 with a MixAmp for 3 years before that. I typically only change headsets out when needed, but I was interested in trying the A20 as I liked the A40 previously and I've been looking to switch to a wireless headset (the demands of a 3 year old makes being attached to anything rather problematic). From an audio perspective, I really like how sounds are richer and warmer to my ears compared to the HyperX Stinger. I played a lot of Destiny 2 and Fuser on the PC, and some Yakuza games on the PlayStation 4, and each time I was impressed by how much better the game music sounded or how much easier it was to pick up on subtle sounds, like the various street noises of Kamurocho.

The A20 also has three built-in EQ settings (same as Gen 1: ASTRO, Pro, Studio) to emphasize highs, mids, and bass depending on what you're listening to or doing. I always like a good, thumpy bass so I tended to default to the "ASTRO" EQ setting, but "Studio" worked well when I was just listening to music. It's worth noting, though, that while the Gen 1 A20 was compatible with the ASTRO Command Center software so you could do some customization to these EQ settings, Gen 2 isn't and ASTRO has stated they have no plans of adding that functionality as “customisation [sic] on the GEN 1 product was very minimal” and “it didn't have as much functionality as our higher-end tournament products.” I never had the Gen 1 A20 so it’s not a feature I particularly miss, but just a fair heads up if you’re considering the upgrade. Aside from the equalizer presets, there are also "Voice" and "Game" buttons situated above and below (respectively) the volume dial on the A20. These can be pressed to incrementally prioritize voice chat over game audio, or held down to shift in one direction faster. This is a fairly standard feature on many of the mid-range headsets and one that I missed having for co-op gaming so I could quiet party chat when I hit a cutscene or voiced dialogue. The swivel-arm mic on the A20 sounds fine, too, when put up against the HyperX Stinger; both are a little "tinny," which I've come to expect from headset mics, and both feature an auto-mute when you flip the mic up. I will say, though, that I like the way the HyperX Stinger handles this feature better. There's an audible and physical click on the Stinger when you swing the mic up and down, letting you know when you're muted or not. The A20 mic, on the other hand, has just a little bit of resistance when it's swung to the top of the headset, so it doesn't feel as sure when you're muting yourself.

On the comfort side of things, the A20 features cloth ear cushions that are more breathable than foam, even if there is some sound bleeding as a result. While the A20 feels better around my ears it's also heavier than the HyperX Stinger, which I felt after about an hour and half of wear. It uses a rubber headband instead of a foam one, too. I didn't feel much of a difference between the two materials, but this is definitely one of those cases where your personal comfort mileage will vary. Additionally, the overall frame is fairly rigid and the ear cups only have about 1.5" of adjustment between their highest and lowest setting. As a result, the A20 doesn't feel as accommodating to different head sizes. I was initially fine with the headset at its max size adjustment, but after those 90 minutes of use I wanted to shift it up a bit higher on my head. I was feeling some pressure from the weight and in order to reduce it, I figured I'd shift the A20 to the top of my head. While I could get it up there it pulled on my ears some and, unfortunately, didn't do much to relieve that pressure I was feeling. As a result, I just stopped playing for a while until it went away (about an hour later). My gaming time is limited these days so this particular issue, for me, is likely only to come up on those rare weekends when I can spend a whole afternoon or evening playing; but knowing this, I won’t be reaching for the A20 when I do have that time as that uncomfortable pressure will bring it all to an end. There are a handful of smaller issues with the A20, as well. The included USB transmitter seems to default to the console connection whenever it's hooked up to the PC, regardless if you actually connected to a console or not. This means that you'll need to press the tiny button on it to switch it to PC mode any time you unplug it and plug it back in, or even just power your system off and on. Depending on where/how accessible your USB ports are on your computer, it gets annoying after awhile having to reach past cables to get it switched to the right mode. I also experienced some initial issues getting my system to recognize the USB transmitter and then, once it did, getting the transmitter to pair up with the headset; for some reason it wouldn't switch from the PS4 mode to the PC mode. I'll admit that this may have had more to do with my system than the product itself, however, something I do put on ASTRO is the fact that the included "manual" is a sheet of paper with a few pictures on it. No troubleshooting steps or additional info if you are having issues. Finally, the buttons on the headset are all clumped together on the right side of the headset. I'm sure that over time I'd develop the muscle memory to know where the equalizer vs power button were, but more than once I found myself pressing the wrong one. It seems like they could have moved the volume and "Voice"/"Game" buttons to the other side and put a little more space between everything.

I was really hoping the new A20 would be my new headset for the next few years as I was immediately pleased with the sound quality and, initially, with how comfortable they were. However, the more I used them, the more I noticed big things (the weight/discomfort) and little things (the USB transmitter and buttons) that drove me back to the HyperX Stinger. I'll still be using the A20 with both my PS4 and PC when I want to be able to get up and go quickly, or when I want a little better audio experience, but they won't be my go-to for the next couple years.