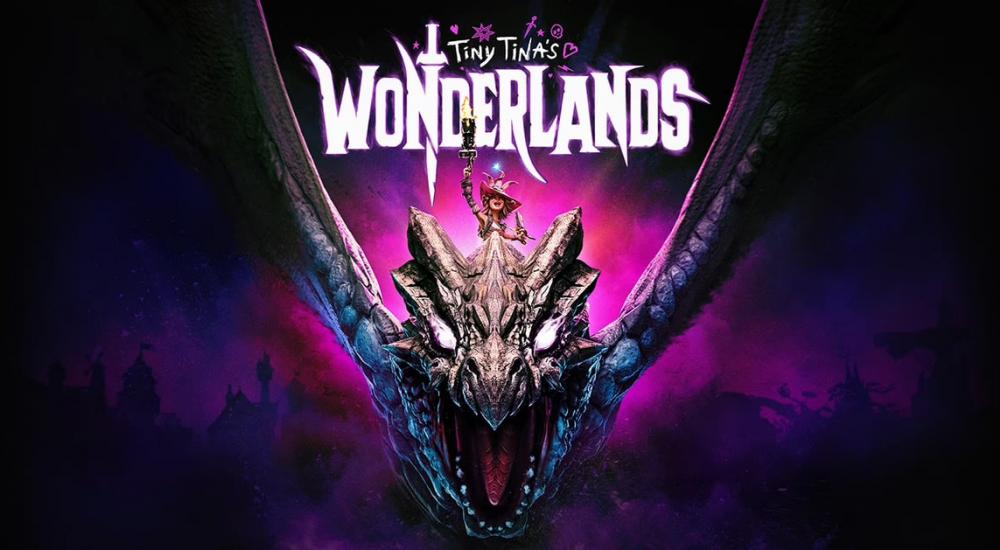 The Borderlands series has always featured a post-apocalyptic-ish science fiction setting, but that will be changing when Tiny Tina’s Wonderlands comes to town. 2K and Gearbox have announced the new standalone spin-off game for an early 2022 release on Xbox, PlayStation, and PC. Tiny Tina’s Wonderlands will feature a pen-and-paper fantasy role-playing theme, character creation, and, of course, 4-player co-op.

Tiny Tina’s Wonderlands is still a loot shooter, but this time, players will be battling fantasy monsters like dragons and zombies rather than skags and sci-fi bandits. The goal is to stop the evil Dragon Lord, voiced in-game by BoJack Horseman himself, Will Arnett. Other characters include: the headstrong captain Valentine (Andy Samberg), the robot Frette (Wanda Sykes), and popular Borderlands personality Tiny Tina (Ashly Burch). Tiny Tina acts as a dungeon master in this game, guiding players and changing the rules as things go along.

2K describes Tiny Tina’s Wonderlands as a standalone experience, meaning it’s not an expansion to Borderlands 3 and likely won’t tie into the main series’ story in any important way. The campaign will be story-driven and will fully support co-op for up to four players. We can safely assume that means 4-player online co-op, though split-screen support remains to be seen.

Tiny Tina’s Wonderlands is planned for an early 2022 release on Xbox Series S and X, Xbox One, PlayStation 4 and 5, and both Steam and Epic Games Store on PC. The new fantasy setting and pen-and-paper RPG theme should offer a welcome change of pace for the Borderlands series. Are you excited for Tiny Tina’s next adventure?