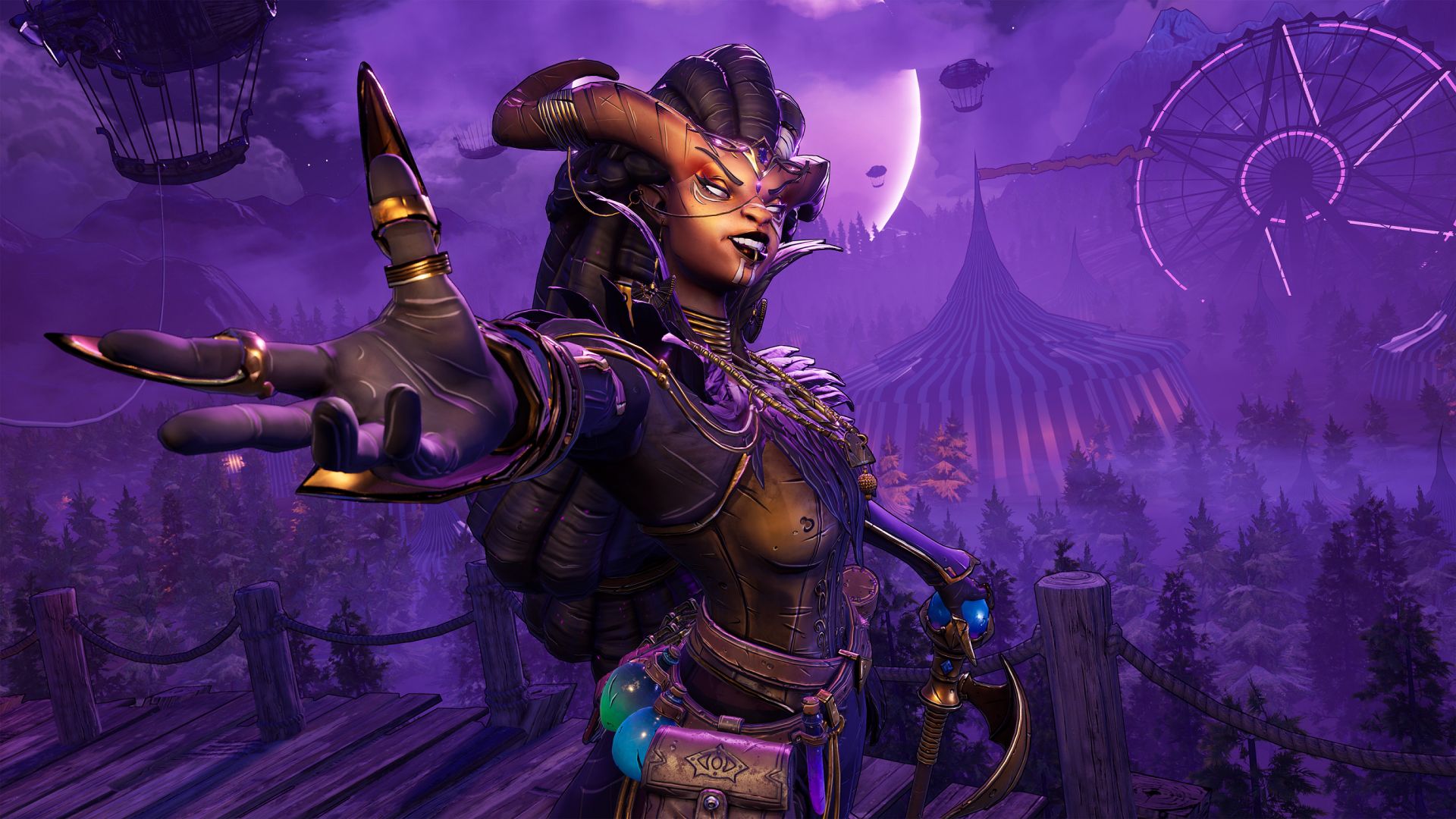 Tiny Tina's Wonderlands, Gearbox and 2K's quirky fantasy-themed Borderlands spinoff, is set to debut on March 25. We've got plenty of new details to share about the game, but the most exciting one has to be that the PlayStation version of Tiny Tina's Wonderlands will support crossplay with other platforms, something that Borderlands 3 on PlayStation does not do at present. Xbox and PC will support crossplay as well, so crossplay co-op adventures are in the cards for everybody.

First announced in June last year, Tiny Tina's Wonderlands is a first-person loot shooter, just like Borderlands. This game, however, is set within a pen-and-paper role-playing session run by Tiny Tina herself. Up to four adventurers can team up to thwart the evil Dragon Lord (not to be confused with Dragon Quest's Dragonlord). Along the way, our heroes will gain levels, scavenge for loot, and enjoy the silly/cool style that Borderlands is known for. Six main classes will be available at launch. Players will also be able to combine two classes for some serious character customization.

The core endgame experience of Tiny Tina's Wonderlands will be the Chaos Chambers. These runs contain a total of six randomized dungeon rooms, a miniboss fight, and a main boss fight. When players clear a room, they'll choose between two portals that lead to different rooms. Other factors include:

Completing a Chaos Chamber will reward players with loot and Moon Orbs. These orbs are used to re-roll enchantments on hear. Players can also feed Crystals to rabbit statues in order to gain unique rewards.

As with previous Borderlands titles, Tiny Tina's Wonderlands will offer a season pass. The season pass can be bought separately or bundled with the Chaotic Great Edition of the game.

The Season Pass will offer four DLC releases over time. These "content drops" begin in an area called  Dreamveil Overlook. There, a fortuneteller will send adventurers to  illusory environments consisting of five levels and a new boss. The bosses will gain strength over time, which seems to mean that they level up after successful playthroughs. Lost Souls earned from DLC areas can be spent to spin a wheel for Legendary weapons and items.

At launch, the season pass comes with the Butt Stallion cosmetic item pack. Post-launch DLC will also add an unrevealed seventh class to the game. Finally, purchased DLC areas and bosses will be added to the Chaos Chamber, expanding the endgame experience. Tiny Tina's Wonderlands cooperative multiplayer will consist of 2-player split-screen co-op on Xbox and PlayStation. 4-player LAN on PC, and 4-player online co-op on all platforms. As mentioned before, Xbox, PlayStation, and PC players will be able to team up via crossplay!

Preorder Tiny Tina's Wonderlands on consoles to get the Golden Hero Armor Pack DLC. The game launches on Friday, March 25. The Xbox One and PlayStation 4 versions cost $59.99, whereas the Xbox Series S|X and PlayStation 5 versions cost $69.99. The Steam store page hasn't opened up preorders as of this writing.