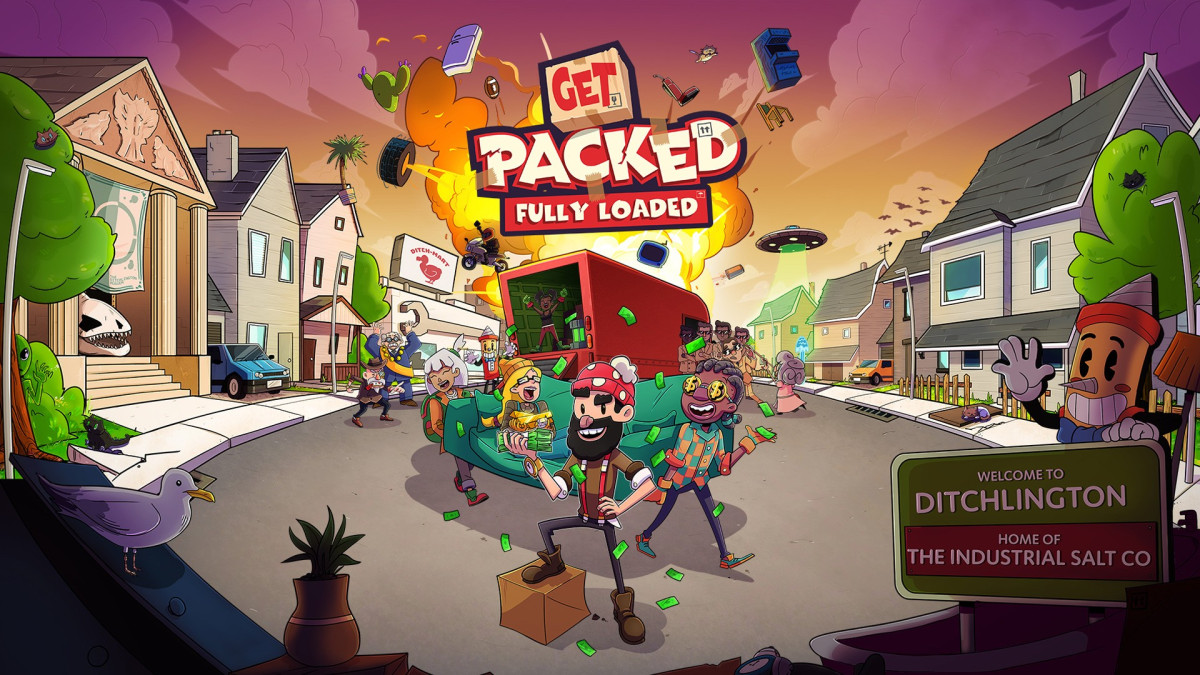 The Overcooked series and the recently released Lumberhill have proven that you can make a fun party game out of pretty much any job. The next career/task to get the party game treatment is the professional moving business, in the form of Get Packed: Fully Loaded from Coatsink Software. Get Packed launched as a timed Stadia exclusive last year, but it will now be bringing its 4-player local and online co-op to Xbox, PlayStation, and Steam as well. The premise of Get Packed: Fully Loaded is simple. In each level, players are tasked with frantically moving all of the things out of a house or building into moving trucks before the time limit expires. Boxes, TVs, chairs, picture frames - everything must go. This is a physics game in which you're able to grab independently with each hand. Larger objects require the cooperation of multiplayer players.

As the movers run from room to room and out the door, the things they carry will naturally get bumped and damaged. The more damage an item takes, the less money you get paid for moving it. Things also seem to explode a lot, of course.

Get Packed: Fully Loaded looks like it will be a silly good time, especially in 4-player co-op (there's also a competitive mode). We'll find out for sure when it arrives on Xbox One, PlayStation 4, and Steam on July 29. The "Fully Loaded" version will also be coming to Stadia, the place where it all began.