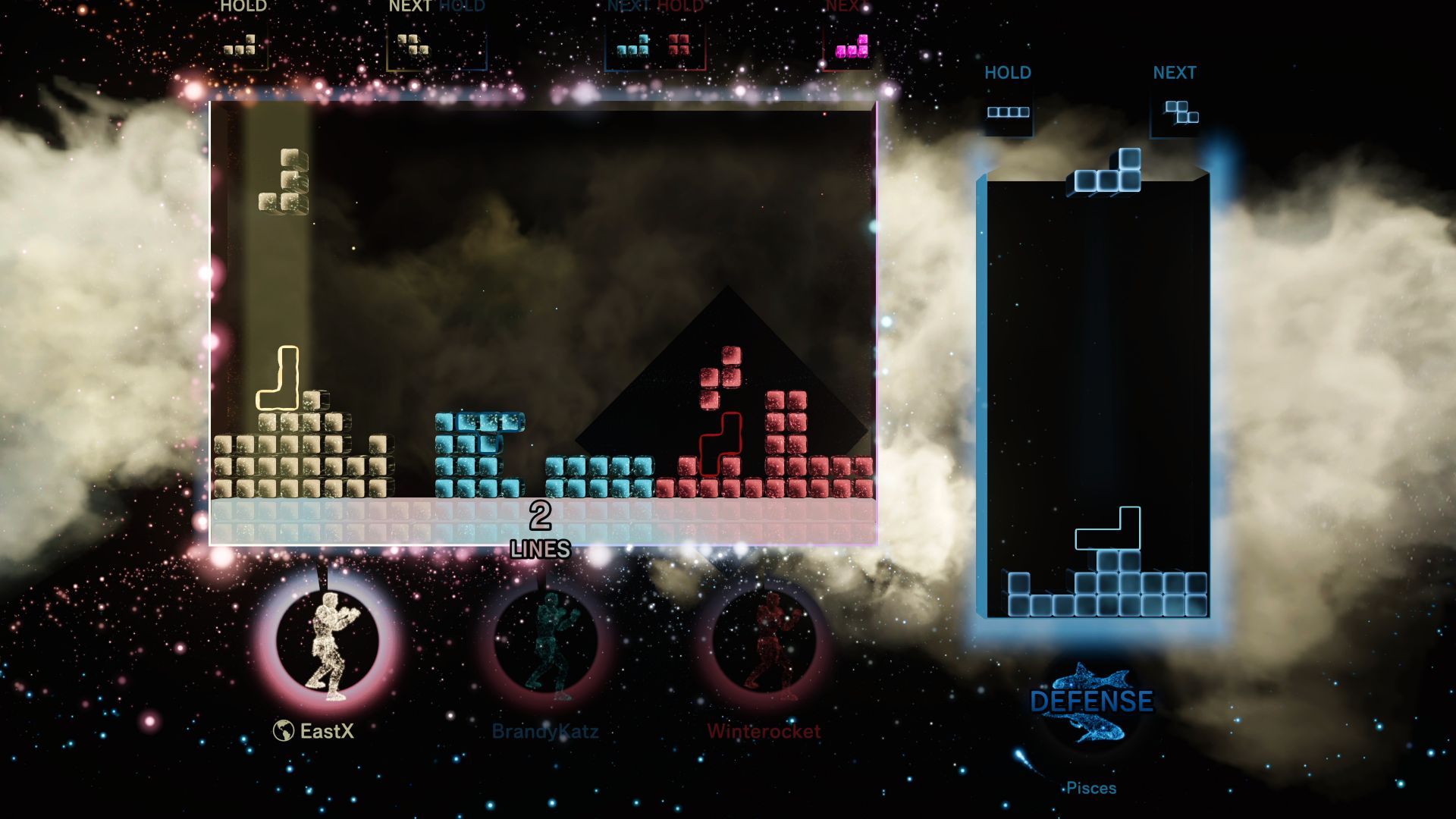 Although Tetris Effect first launched as a PlayStation exclusive in 2018, the enhanced co-op version Tetris Effect: Connected that came along in late 2020 has been exclusive to Xbox and Windows 10 for quite a while now. A free PlayStation beta test version is currently available to download in advance of the full game's July release, giving players a taste of sweet cross-platform co-op.

Tetris Effect: Connected is an upgraded version of Tetris Effect that features the unique 'Connected' co-op mode. In connected mode, three local or online players must work together to defeat a series of super difficult AI bosses. Each player has their own field for most of the match. At certain times, however, the three fields combine and everyone can drop pieces wherever they will help the team. The combined lines that the team makes will then be sent to attack the boss. If the team can manage to defeat all three bosses in a level, they win. The Tetris Effect: Connected Beta Test is available as a free download, even if you don't own the original game. It will be available until July 5 at 11:50 PM PDT. Beta progress will not transfer to the full game.

Here's the official description of the beta:

The most exciting feature of the beta test is clearly cross-platform multiplayer. All versions of Tetris Effect: Connected should be able to play together in friend matches, which will make it easier to fill a team of three when trying to take on the harsh Connected bosses. Tetris Effect: Connected is targeted for a July release on PlayStation and Steam. It will join the Xbox One, Xbox Series X|S, and Windows 10 versions, all of which feature 3-player local and online co-op. The Xbox version sells for $39.99 and is also available via Game Pass. Start sharpening your skills now if you want to stand a chance in co-op!