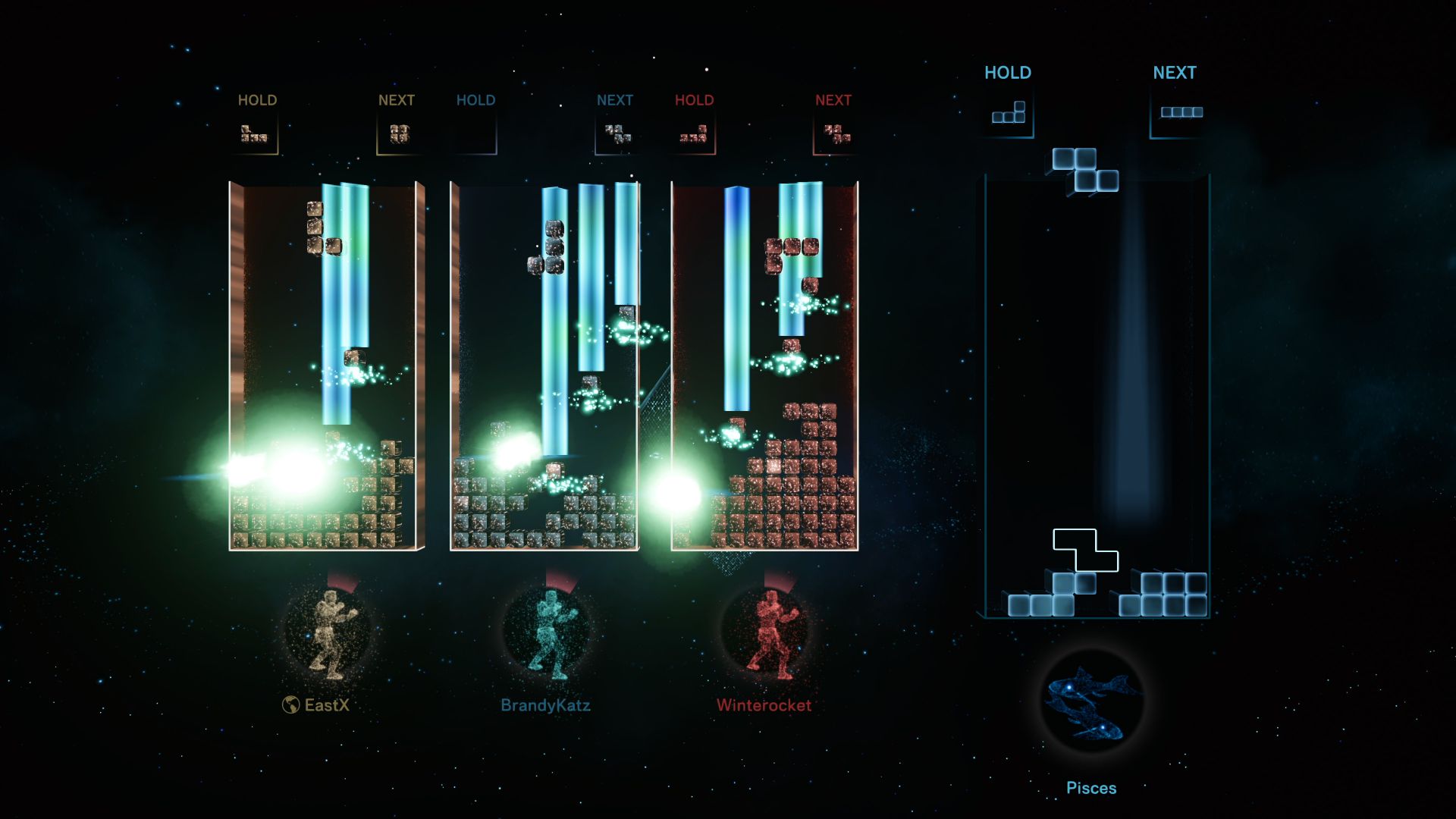 The Tetris Effect: Connected Beta Test just wrapped up last week, providing the developers and publisher Enhance with useful cross-play data. While Xbox and Windows 10 gamers have been enjoying the 'Connected' version of Tetris Effect for almost a year now, players on other platforms have had to wait. The wait will soon come to an end, as Tetris Effect: Connected will officially launch on PlayStation and Steam on August 18, with cross-play coming to all versions simultaneously.

Tetris Effect: Connected is an upgraded version of Tetris Effect that features the unique 'Connected' co-op mode. In connected mode, three local or online players must work together to defeat a series of super difficult AI bosses. Each player has their own field for most of the match. At certain times, however, the three fields combine and everyone can drop pieces wherever they will help the team. The combined lines that the team makes will then be sent to attack the boss. If the team can manage to defeat all three bosses in a level, they win.

All versions of Tetris Effect will automatically be upgraded to Connected on August 18, at which time all versions will also receive a free update that adds cross-platform multiplayer. Those platforms include Xbox, PlayStation, Windows 10, Oculus Quest, and Epic. All of these platforms will be able to play with the new Steam version that launches on the same date. The all-new Steam version of Tetris Effect: Connected will be sold at 25% off for the first two weeks after launch. Additionally, it will include free "Digital Deluxe DLC" with the following:

These updates will come to all versions of Tetris Effect on August 18:

As a lifelong Tetris fan, I'm very excited about the opportunity to play Connected's online co-op mode with more players via cross-play.

The new versions of Tetris Effect: Connected will join the existing Xbox One, Xbox Series X|S, and Windows 10 versions, all of which feature 3-player local and online co-op. The Xbox version sells for $39.99 and is also available via Game Pass. Start clearing those lines now if you want to stand a chance in co-op!