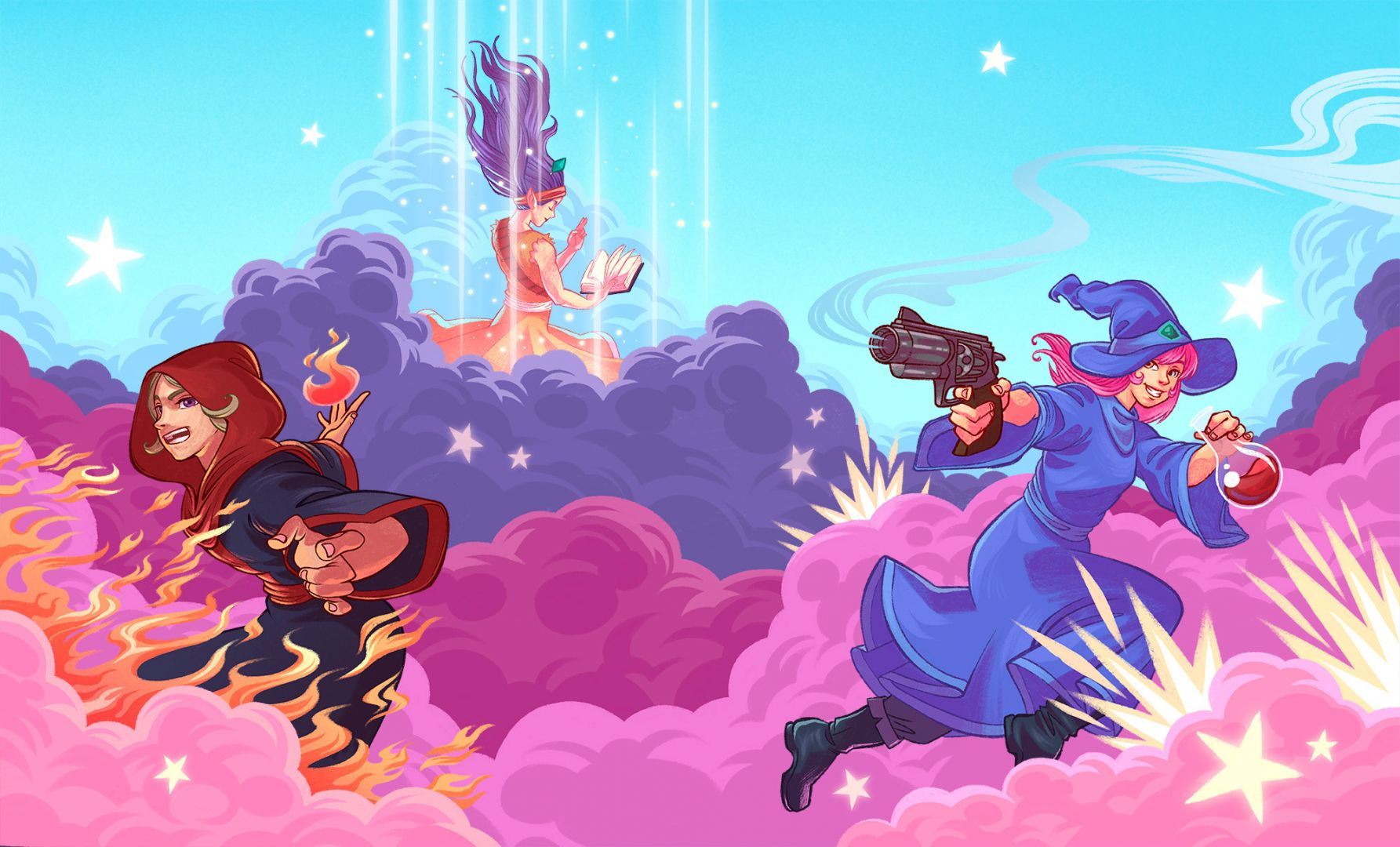 Zelda fans are naturally excited for this month's release of Skyward Sword HD. Maybe they're even playing Skellboy Refractured in co-op while they wait. Thanks to Rainbite and Eastasiasoft, we have another Zelda-style game to look forward to in July as well. Trigger Witch combines the style of a 16-bit action-adventure with twin-stick shooting and local co-op, and it's coming to consoles at the end of the month.

Trigger Witch comes from the same developer as Reverie, another lovely Zelda-style game that borrowed some visual inspiration from Mother/Earthbound. In this game's world, guns have made witchcraft obsolete. The protagonist Colette (not be confused with Coilette from Futurama) is due to graduate from an academy for Witchcraft and Triggery when a mysterious man invades the realm. Soon things transpire that force Colette to step up as the only one (or one part of a team in co-op) who can save the land. That certainly looks like a recipe for fun to me, even if the blood splatters are a bit gratuitous.

Trigger Witch will fly onto Xbox One, PlayStation 4, and Switch on July 28. Shame there's no Steam version, but Xbox Series X|S and PlayStation 5 versions will be released at a later date. The game will cost $14.99 and will also enjoy a 10% launch discount on some platforms. There's also a free demo on Xbox!