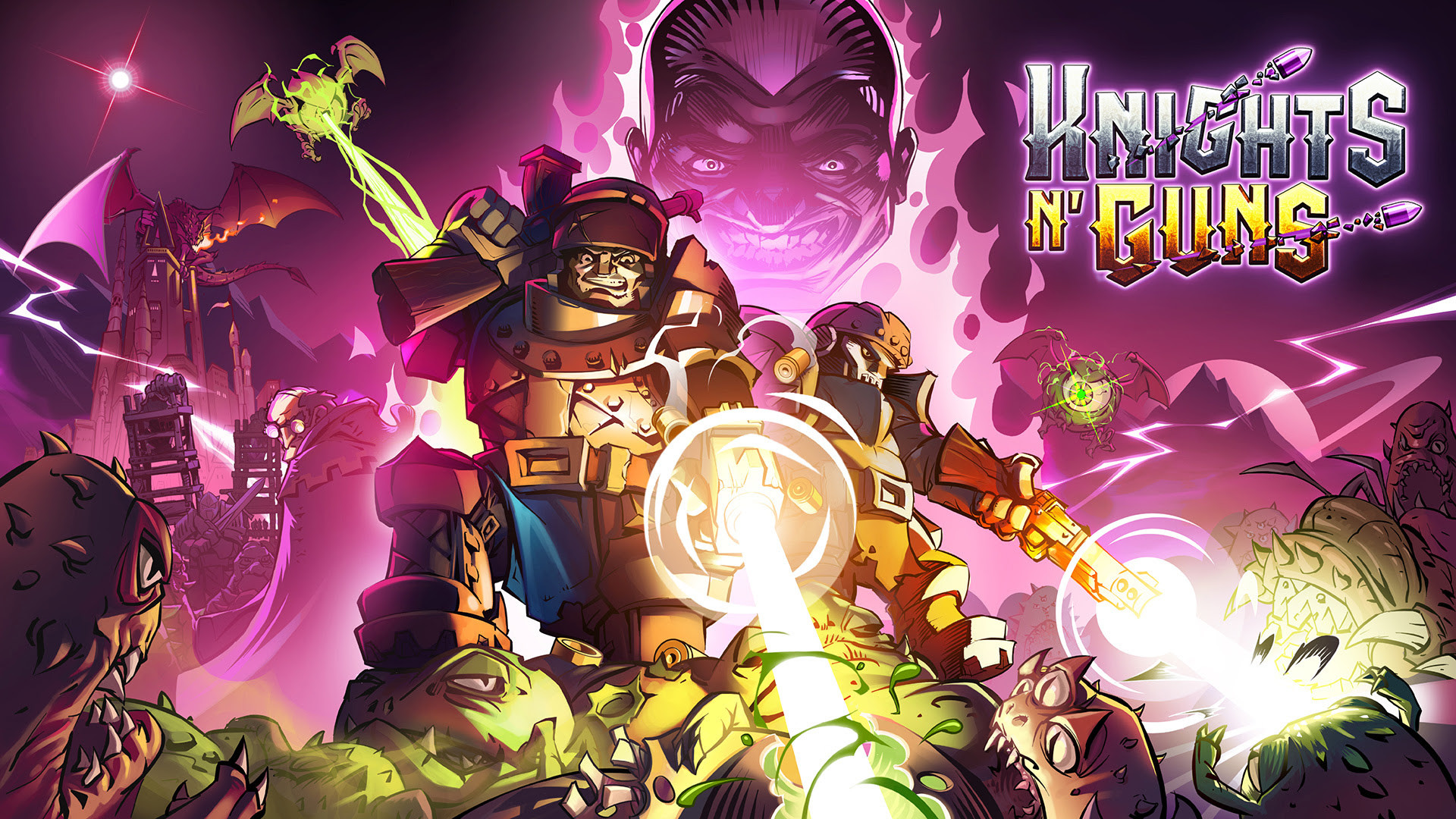 Pang Adventures, the last game in the Pang/Buster Bros. series, came out way back in 2016. It featured unique gameplay that combined elements of shoot 'em up and platformer. That style of game will finally make a return thanks to Baltoro Games, makers of Urban Flow. Their next game, Knights & Guns, is inspired by Pang and Metal Slug (a cool pedigree indeed), and it will feature local co-op.

Knights & Guns is a shoot 'em up/platformer starring two knights who inexplicably wield guns (not unlike Trigger Witch) against an army of monsters. The two cartoonish heroes can run, probably jump, and, of course, shoot their guns. The catch is they can only shoot up, just like in Pang. Games like this can be challenging since the heroes can't deal with threats to their sides very well, but the simplicity of not having to aim should be refreshing in today's FPS and twin-stick shooter world. Knights & Guns features 2-player local co-op. It will release first on Nintendo Switch on September 10 and then likely make its way to other platforms in the future, just like Urban Flow. Thinking about the wait gives me pangs!