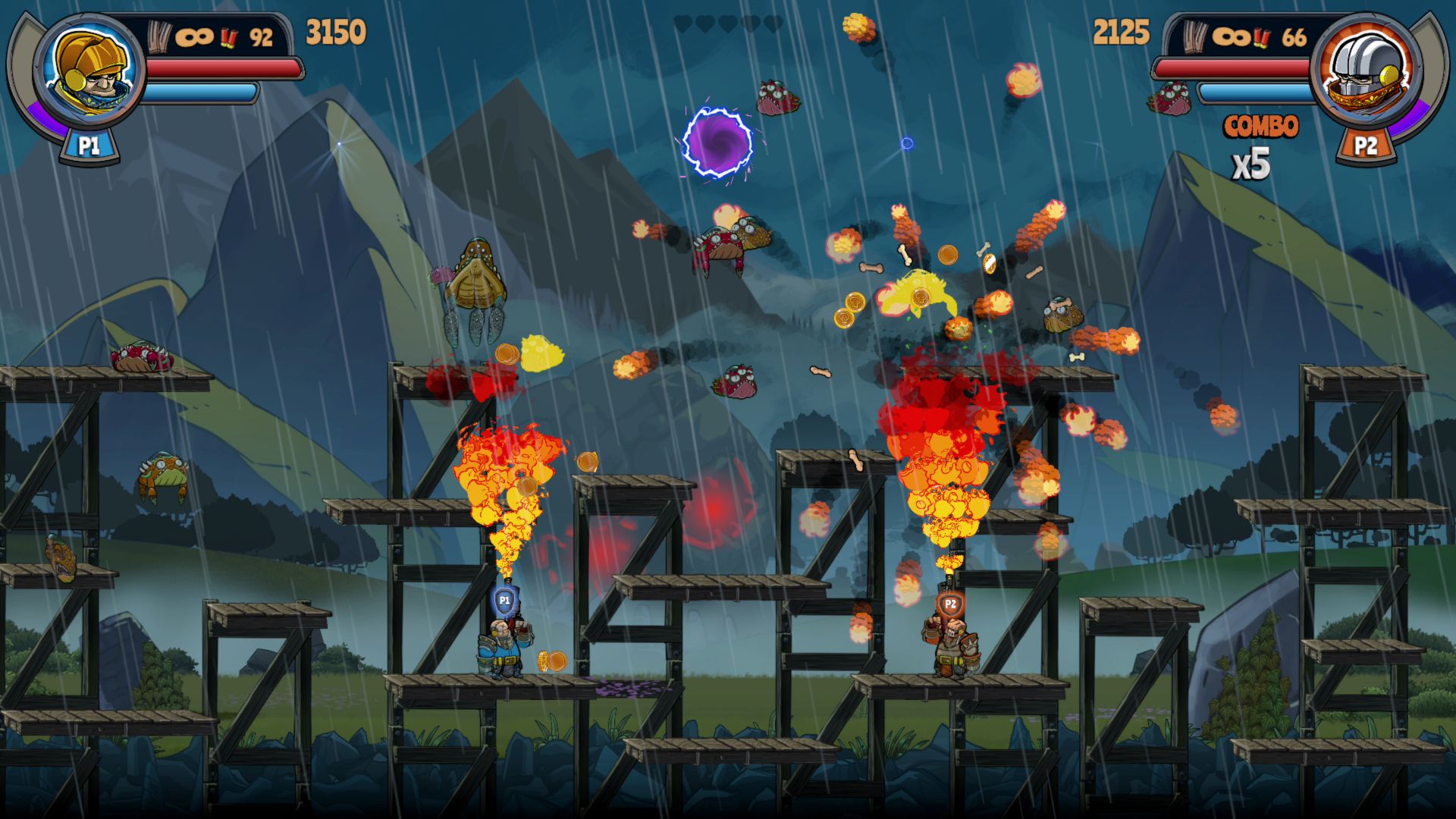 This week, everybody who's anybody is playing Spidersaurs, a run-and-gun shooter from WayForward. Preorders have just opened up on Xbox for a similar game, though: Knights & Guns from Polish developer Baltoro Games (makers of Urban Flow). Knights & Guns is a single-screen shooter/platformer in the style of Pang Adventures. Already available on Switch and iiRcade, it's due out on Xbox in September, complete with 2-player local co-op.

Knights & Guns is a shoot 'em up/platformer starring two knights who wield anachronistic guns against an army of monsters. The cartoonish heroes can run, jump, and, of course, shoot their guns. The catch is they can only shoot up, just like in Pang. This style of game can be challenging since the heroes can't deal with threats to their sides very well, but players do have a dash for evasion and a rechargeable, screen-clearing special move in this one. The game consists of a Campaign, a horde-style Endless mode with 9 unlockable stages, and two additional unlockable mini-campaigns with 10 levels each. That makes for over 150 levels in total, and all support 2-player local co-op! The campaign tells the story of an invading monster army that threatens a medieval kingdom. The monsters were apparently summoned by a mysterious meteorite or artifact. The same object gives the knights their guns, allowing them a chance to fight back.

Having already played and enjoyed a few levels of Knights & Guns, I'm excited that it will be heading to Xbox soon. The Xbox version can be preordered now for $9.99 and will launch on September 15. The Switch and iiRcade versions are already available and sell for $14.99, though the Switch version is actually on sale for much less at the time of this writing. If you're a Switch gamer, I recommend grabbing it while it's cheap!