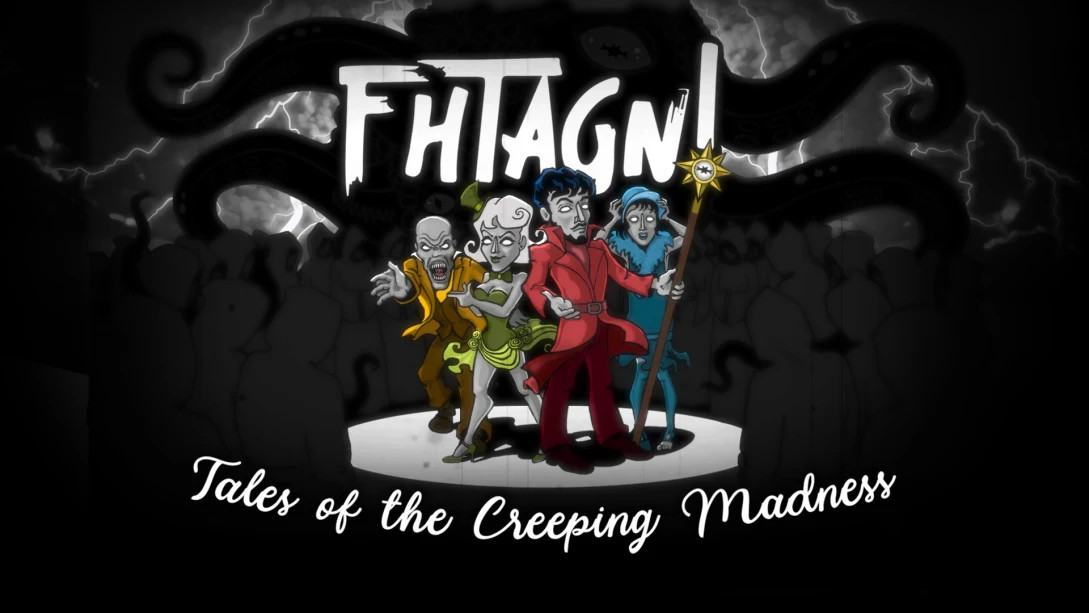 What happens when you yake one part board game, one part adventure game, and throw in some comedic horror? You get the complexly named Fhtagn! - Tales of the Creeping Madness from Design Imps and Silesia Games. Not only does Fhtagn! feature the unusual premise of players attempting to summon a world-ending horror, it also allows for 4-player local co-op. It's out now on Steam and coming soon to Switch. As the title surely implies, Fhtagn! is inspired by Lovecraftian lore. 1-4 players will play as mystic cultists who want nothing more than to summon an eldritch god to destroy the world. To do so, they'll have to travel around the town of Arkham, investigate the stats and relics needed for the ritual, and engage in classic Lovecraftian events. Corrupt cops, gangs, private investigators, and monsters will stand in their way. That sounds like a creepy good time to me, assuming the mountains of text don't end up bogging down the local multiplayer experience too much. Fhtagn! can be played cooperatively or treacherously by up to 4 players.

Fhtagn! - Tales of the Creeping Madness will cost $7.99 when it arrives on Nintendo Switch on August 12. The Steam version is available now for $9.99.