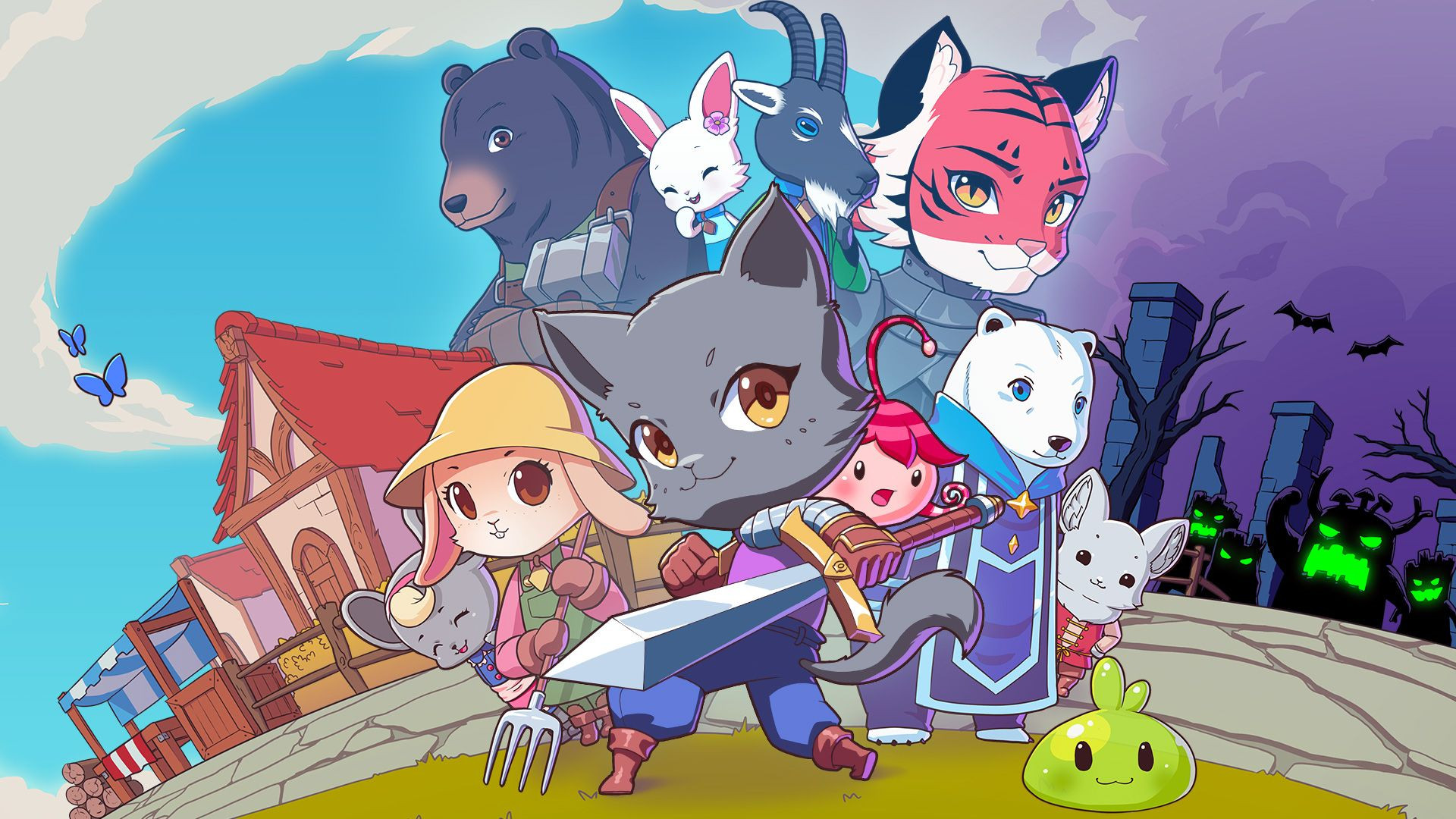 After publishing the feline co-op action RPG Cat Quest II, it's only natural that PQUBE would want to bring more action RPGs starring heroic kitties to the world. Perhaps that's the story of how PQUBE picked up Kitaria Fables from Indonesian developer Twin Hearts. Kitaria Fables takes place in a fantasy world populated by adorable animals, a world that console and PC players will get to experience at the beginning of September.

Kitaria Fables is an action-adventure RPG in which a soldier kitty named Nyanza is sent to protect his or her childhood village from monsters. Once there, Nyanza (and a nameless friend in co-op) will complete various tasks for the villagers, explore the surrounding areas, fight lots of monsters, and hopefully discover the reason for the monsters' strange behavior. It's a pretty by-the-numbers premise, but the colorful presentation adds some charm. Combat resembles that of Zelda and similar games. Our heroes can slash with swords or fire bows, lock onto enemies, and roll to avoid damage. Special moves and spells have short cooldowns, so they can't be spammed indefinitely. Powerful weapons and spells can be bought and crafted, which should add depth to the combat as the game progresses.

We didn't experience the farming component of Kitaria Fables in our short time with the demo, but it seems like a simplified Harvest Moon-style setup. Outside of the protagonist's family house, players will find a well, a field, and a storage box. Inside the house, you can sleep, save, and engage in mild cosmetic customization of the heroes. Local co-op allows a second player to join in the fun, though the second player is nameless and doesn't get acknowledged in conversations with NPCs. When one player is downed by enemies, the other player can't revive him or her, but the downed fighter will revive after a short time. Teaming up should certainly make battles easier overall.

Kitaria Fables is coming to Xbox, PlayStation, Switch, and Steam on September 2. The PlayStation and Switch versions will also get a physical release on the same day. If you want to try it right now, grab the free demo on Steam.