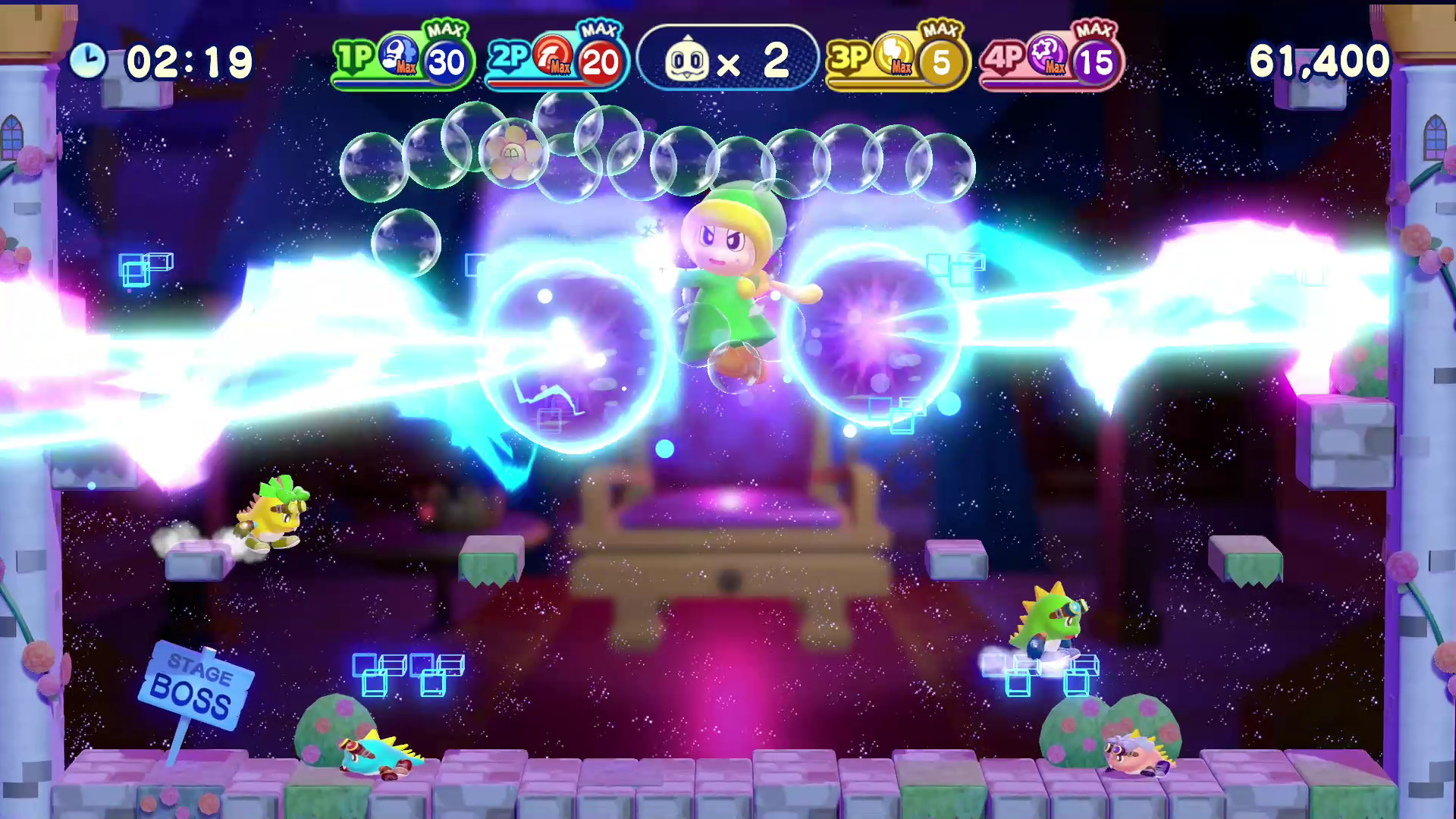 Bubble Bobble 4 Friends, the latest game in Taito's classic co-op arcade platformer series, released on PlayStation and Switch a while back and later received extra levels with 'The Baron is Back' update. The next logical step for Taito and publisher ININ would seem to be the release of Xbox and PC versions. Sadly, Taito continues to avoid showing Xbox any love, but a Steam version is finally happening. It will be called Bubble Bobble 4 Friends: The Baron's Workshop, and it will feature a brand-new level editor.

Every version of Bubble Bobble 4 Friends is a 2.5D sequel to Bubble Bobble, featuring 3D characters on a 2D plane. Gameplay closely resembles that of the original Bubble Bobble. Players take on the role of Bub, Bob, or one of their girlfriends as they navigate scores of challenging single-screen platforming levels. To defeat enemies, our heroes must blow bubbles onto the baddies and then burst the bubble before the foe can escape. Gameplay additions over the classic arcade game include the ability to duck and crawl, special equippable power-up bubbles, and 4-player local co-op.