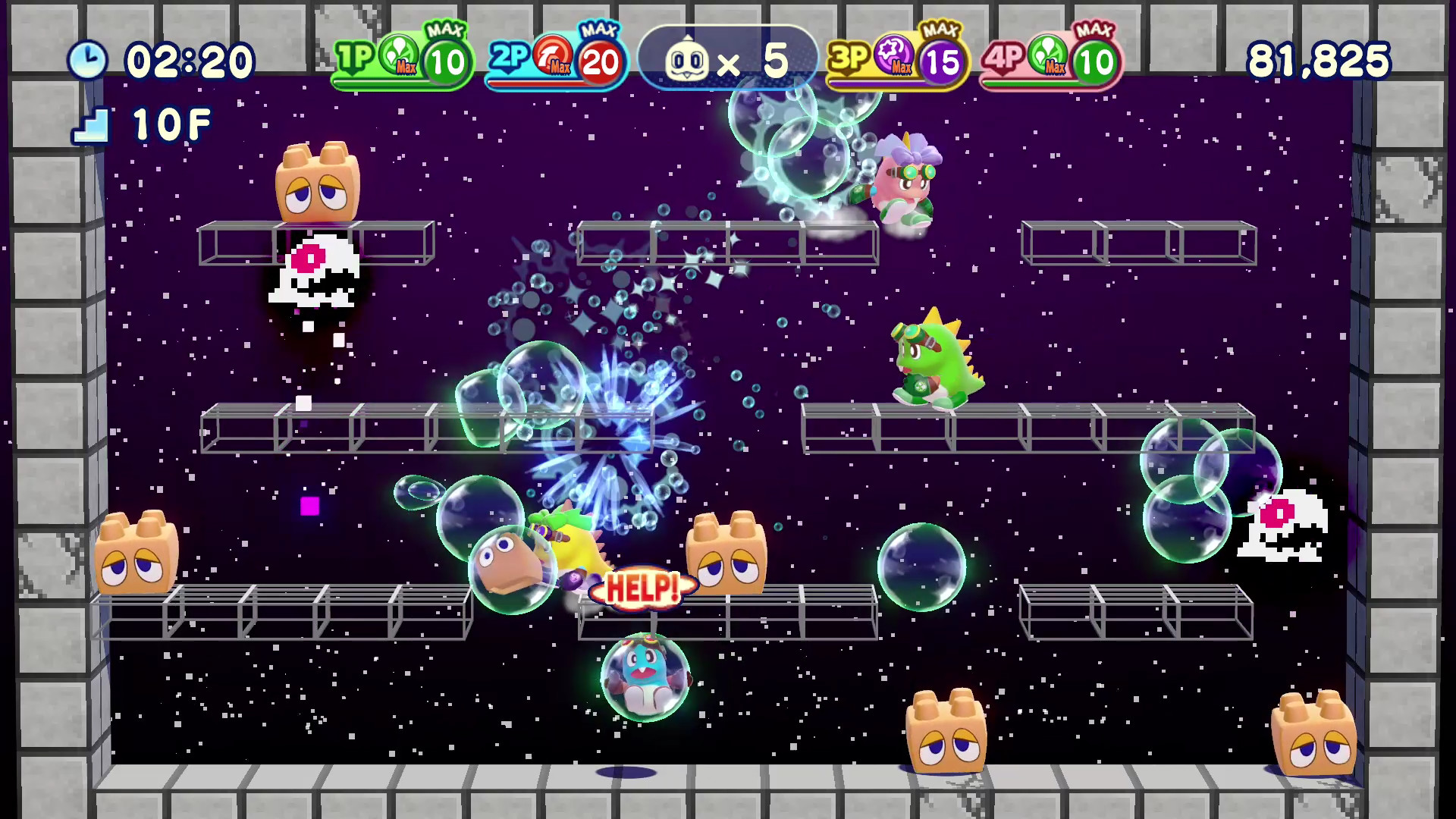 Billy Joe Armstrong of Green Day famously sang a plea to wake him when September ends. What's so good about the end of September, though? As it turns out, the last day of September will be very good for Bubble Bobble fans this year. That's when Bubble Bobble 4: The Baron's Workshop launches on Steam, complete with the first level editor in the series' history, 200 built-in levels, and 4-player local co-op. To get fans excited for the level editing feature, Taito has released a Japanese video that explains how the feature works. The video contains some interesting details such as the fact that players can save 30 of their own custom levels. That's not quite enough slots to make your own 2.5D version of the original Bubble Bobble, sadly, but it's not a bad number. If you're hoping to glean more information from the video, be sure to turn on the English subtitles that YouTube provides.

Bubble Bobble 4 Friends: The Baron's Workshop will arrive on Steam on Thursday, September 30. The regular price will be $39.99, but it will be on sale for 15% off during launch week.