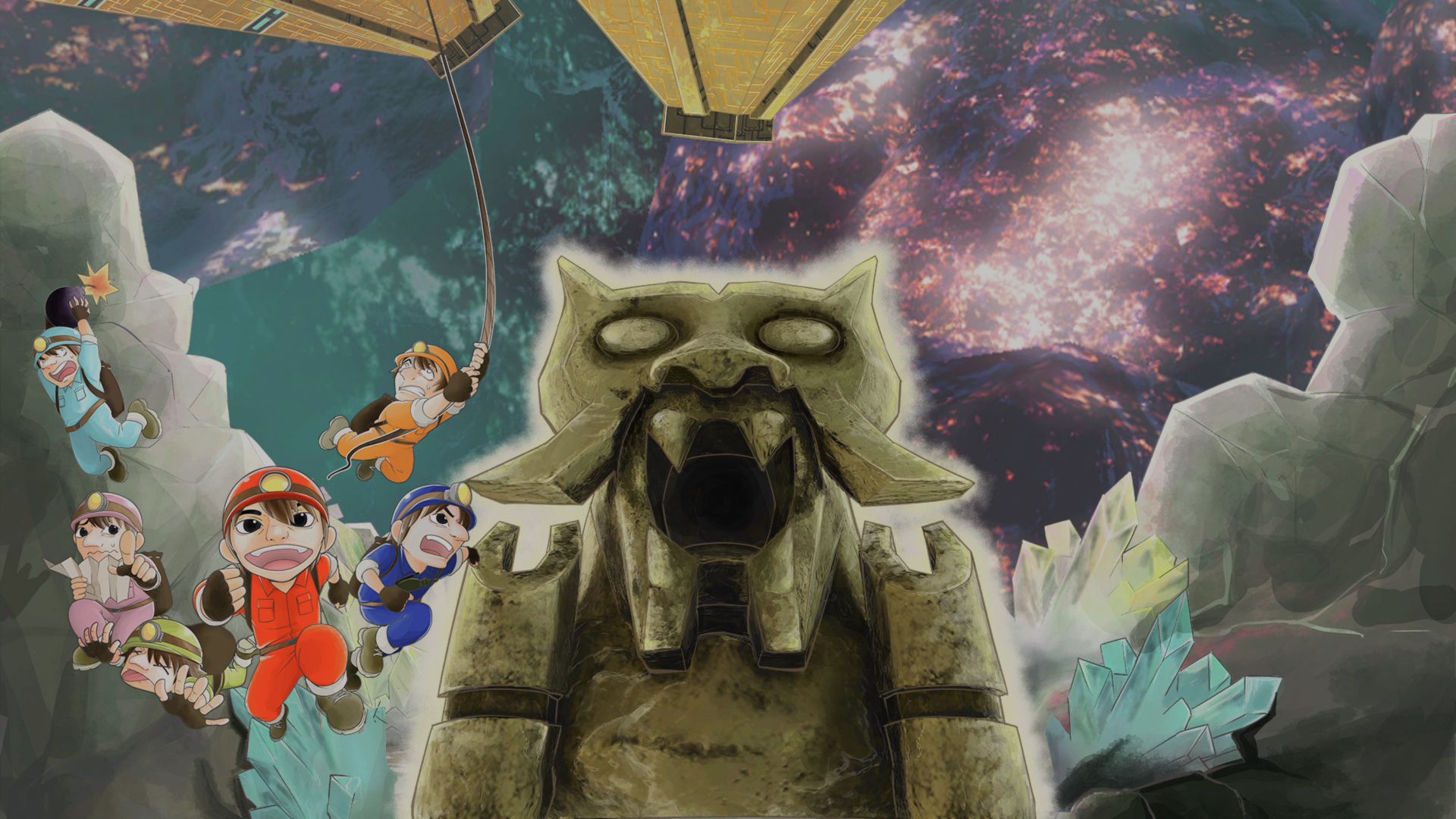 Classic 8-bit platformer Spelunker was remade and given the co-op treatment as Spelunker HD back in the PlayStation 3 days. Because that version of Spelunker HD can't be played on today's consoles, another remake makes perfect sense. Thus, ININ and Tozai Games have just released Spelunker HD Deluxe on PlayStation 4/5 and Nintendo Switch. Will today's gamers be able to survive Spelunker's awesome challenge? Spelunker HD Deluxe is an ultra-tough platformer in which one or more players explore a dangerous cave in search of treasure. If that sounds a lot like Spelunky, it should! Spelunker was a major inspiration for Spelunky. However, Spelunker HD Deluxe shies away from modernizing its mechanics and game design, so this is a distinctly old-school experience. Falling from more than half the height of your character will kill you, which takes a lot of getting used to! In fact, pretty much everything will kill the player here, so make sure you're ready for a challenge.

Just like in the PlayStation 3 version of Spelunker HD, players can choose from 3D or 2D graphics when starting a game. The 3D graphics aren't very fancy, but they get the job done. The 2D graphics resemble those of the NES Spelunky but in widescreen. It's a cool look and it actually makes jumps easier to measure. All four of Spelunker HD Deluxe's modes support 4-player local or 6-player online multiplayer. Whether playing locally or online, multiplayer games always show everyone's views via split-screen. The only exception is the new Endless Cave NEO mode, in which all players share the same screen. The screen auto-scrolls in this mode, so the team must rush to keep up and avoid getting scrolled off into oblivion.

Spelunker HD Deluxe sells for $24.99 on PlayStation 4/5 and Switch. Strictly Limited Games also offers physical versions for higher prices. If you're ready for a tough, old-school platformer, and especially if you have a friend or three to play with, Spelunker HD Deluxe is a safe buy. We'll be back with a full review soon!