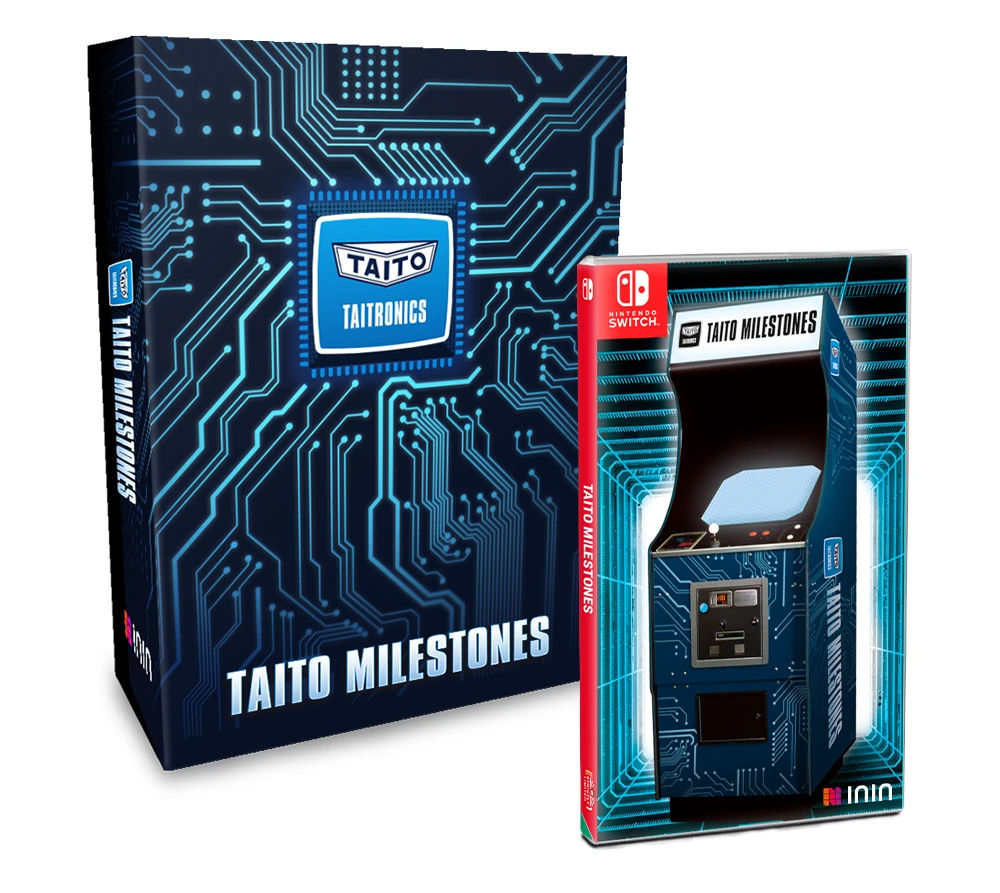 Earlier this week, ININ Games announced the upcoming English release of Taito Milestones for Nintendo Switch. The collection will contain 10 arcade classics from Taito, and it's set to receive both a regular physical release and a Collector's Edition from Strictly Limited Games. Preorders have now gone live for the physical editions, and we now know the compilation's full lineup of games to boot.

The regular physical version of Taito Milestones will come with an instruction manual and reversible cover. As for the Collector's Edition, it will include: The final game to be announced is Space Seeker. As far as we can tell, Space Seeker has never been released on home platforms before. It was a very innovative game for its time, combining 2D shoot 'em up and first-person gameplay. Certainly, that makes for a cool inclusion, though the collection still lacks games like Bubble Bobble, Arkanoid, and Rastan that would have given it more mainstream appeal. Of the ten included titles, only The Ninja Warriors supports 2-player local co-op. In other news from ININ Games, the publisher has announced a digital release date of December 14 for Clockwork Aquario, a gorgeous, long-lost co-op arcade game from Westone. Read more at the ININ website. Cotton Fantasy, a new single-player game in the Cotton shoot 'em up series, is also coming to digital and physical formats. Both titles are coming to PlayStation 4 and Nintendo Switch, with physical versions from Strictly Limited Games.