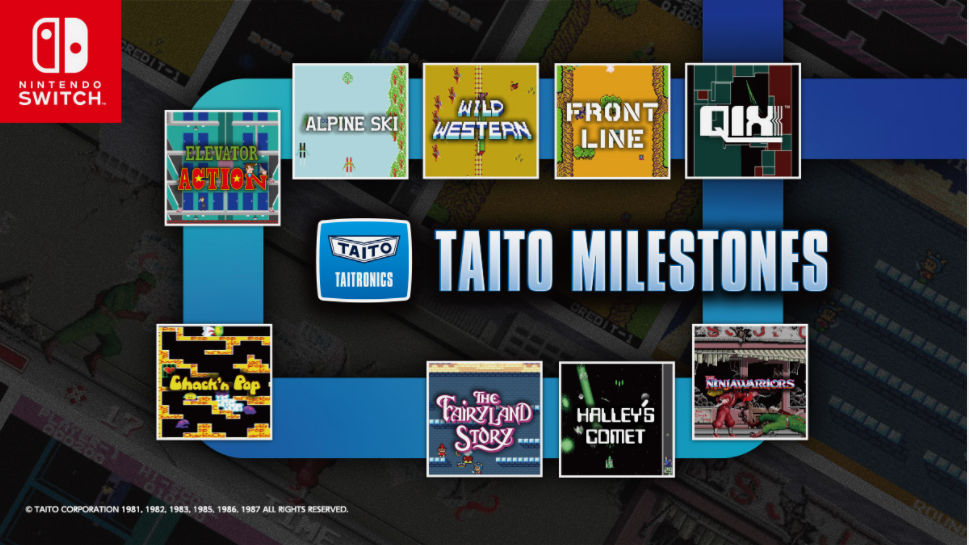 During the PlayStation 2 era, Taito released several compilations of its classic arcade games under the names Taito Legends and Taito Memories. Now developer Hamster and publisher ININ Games are readying a similar collection for Nintendo Switch called Taito Milestones. The upcoming collection is set to receive both digital and physical releases and will include The Ninja Warriors, a 2-player co-op classic. Taito Milestones is a smaller scale collection than the Taito Legends series. Whereas those previous collections offered more than 20 classic arcade games a pop, this one will consist of only 10 games. Nine of the 10 games have been announced so far:

A tenth game will be announced in the near future. I'm hoping for a strong co-op title like Bubble Bobble. Of the nine announced games, only The Ninja Warriors features 2-player local co-op, so another cooperative game is certainly needed. ININ Games has not announced any specific features for Taito Milestones just yet, so we can't say for sure whether the ten included games will receive extras or enhancements.

While much about Taito Milestones remains up in the air, we do know that Strictly Limited Games will be offering physical limited and collector's editions for preorder starting on Thursday, November 25. A regular boxed edition and digital edition will go up for preorder soon after.

We'll share more details about Taito Milestones for Nintendo Switch as they become available. In the meantime, you can check out the collection's product page at the ININ Games website. Taito fans will also want to read about the upcoming Taito Egret II Mini arcade cabinet.

The Ninja Warriors is available to buy as a standalone release for $7.99 on PlayStation 4 and Nintendo Switch. ININ also published a sequel, The Ninja Saviors: Return of the Warriors, in 2019.