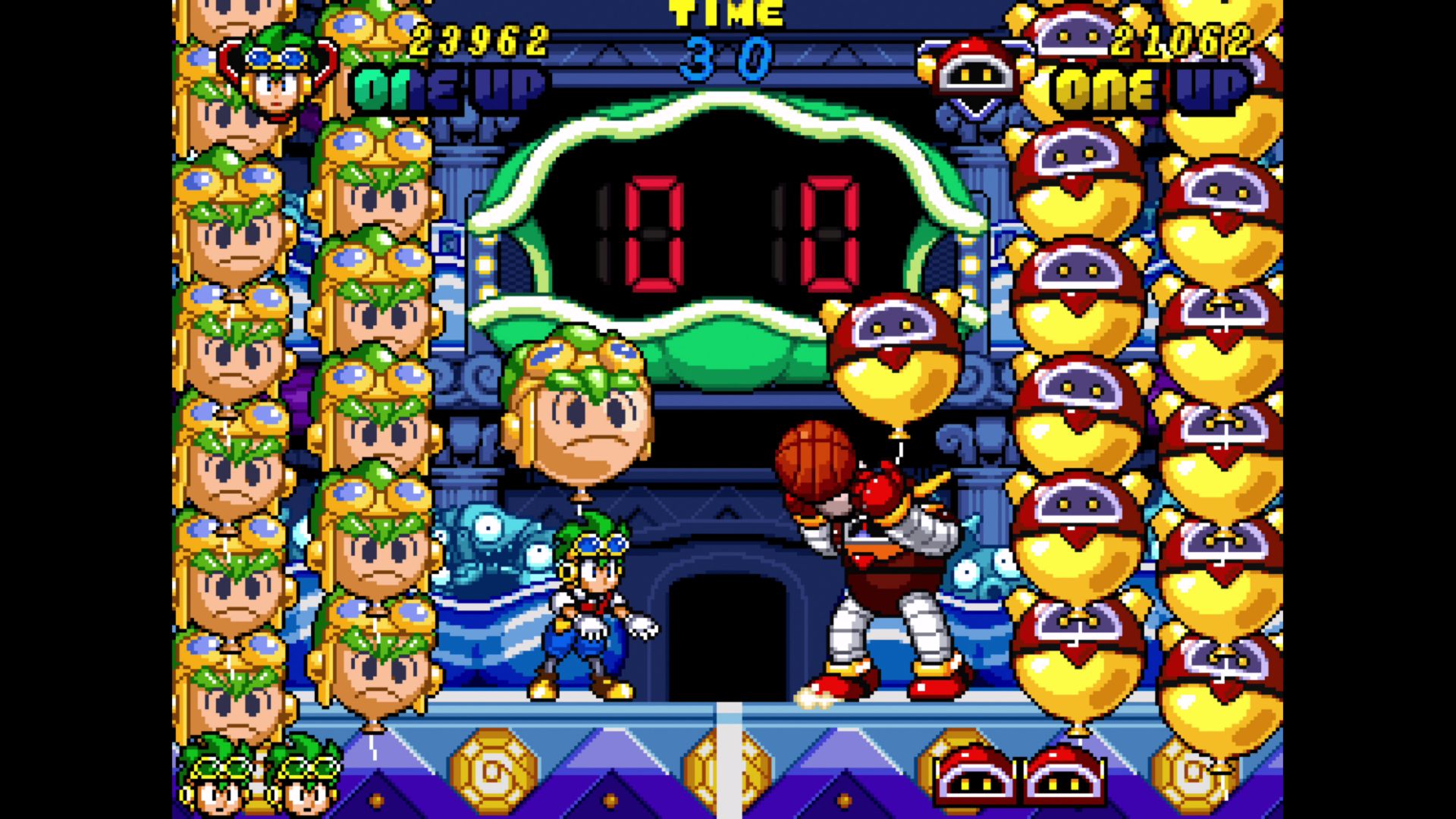 Clockwork Aquario, the long-lost arcade game from the studio that created the Wonder Boy games, launches on PlayStation and Switch in North America this week (it's already out in Europe). The game's extremely long delay has actually qualified it for a world record, which is fairly amazing. World records aside, Clockwork Aquario, which features 2-player local co-op, is so gorgeous, we had to share a gallery of hyper-colorful screenshots.

Development of Clockwork Aquario started back in 1991. The game was eventually canceled and then thought lost to the ages. ININ games and Strictly Limited Games, two publishers who specialize in cult classics and Japanese-developed games, recently rescued the game and completed development on it. That puts the time between initial development and completion at just under 30 years - even longer than Duke Nukem Forever's development time. Hence, Clockwork Aquario now occupies a spot in the Guinness World Records for the longest time between a videogame project start and final release.

Clockwork Aquario supports 2-player local co-op. The game is available now in Europe and Australia. North American digital versions for PlayStation 4 and Switch will launch on Tuesday, December 14 at a price of $19.99. Physical editions are available to preorder via Strictly Limited Games. We’ll have a full co-op review this week!