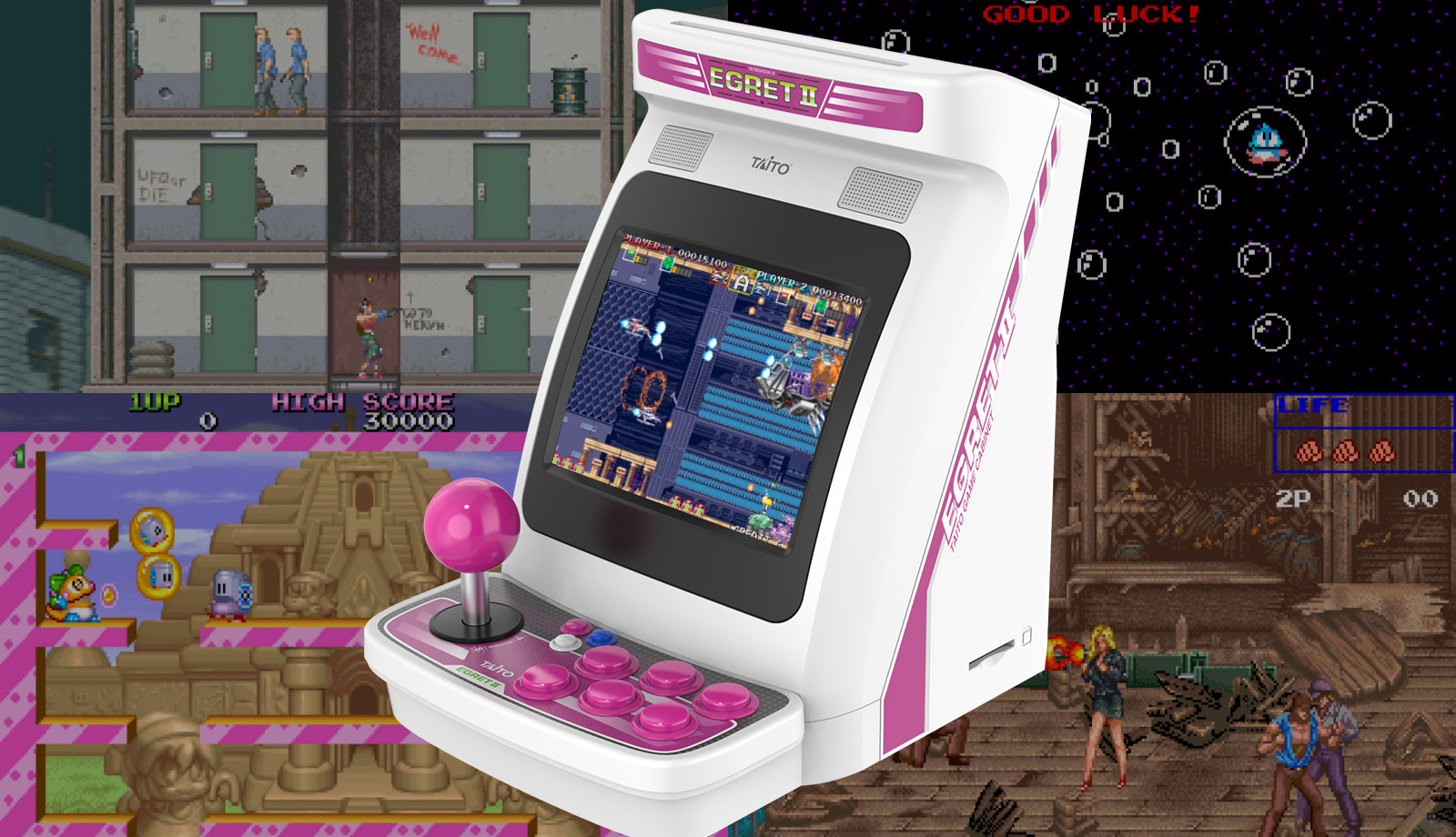 We've been excited for the Taito Egret II Mini arcade cabinet since it was announced last year. The cabinet will include 40 classic arcade games from Taito, with several cool accessories adding to the arcade experience. Until now, the Egret II was only announced for the Japanese market. Now, United Games Entertainment (parent company of ININ and Strictly Limited) has revealed that it will distribute the Egret II Mini in the West in 2022!

The Egret II Mini is a miniature arcade cabinet that features: In addition to 40 built-in games, 10 more games will be included with the optional Paddle & Trackball Expansion (a trackball/paddle controller that comes with an SD card). Other accessories will include a console-style controller and an arcade stick. The Egret II Mini will come with 11 co-op games by default and 2 co-op games with the Paddle & Trackball Expansion. These co-op games are: United Games Entertainment has not announced a specific release date or price for the English market version of the Egret II Mini. The Japanese version is due in March 2022 and will cost approximately $200 without accessories. Keep in mind that UGE and Strictly Limited Games operate out of Europe, so shipping to North America could end up being just as expensive as shipping from Japan.