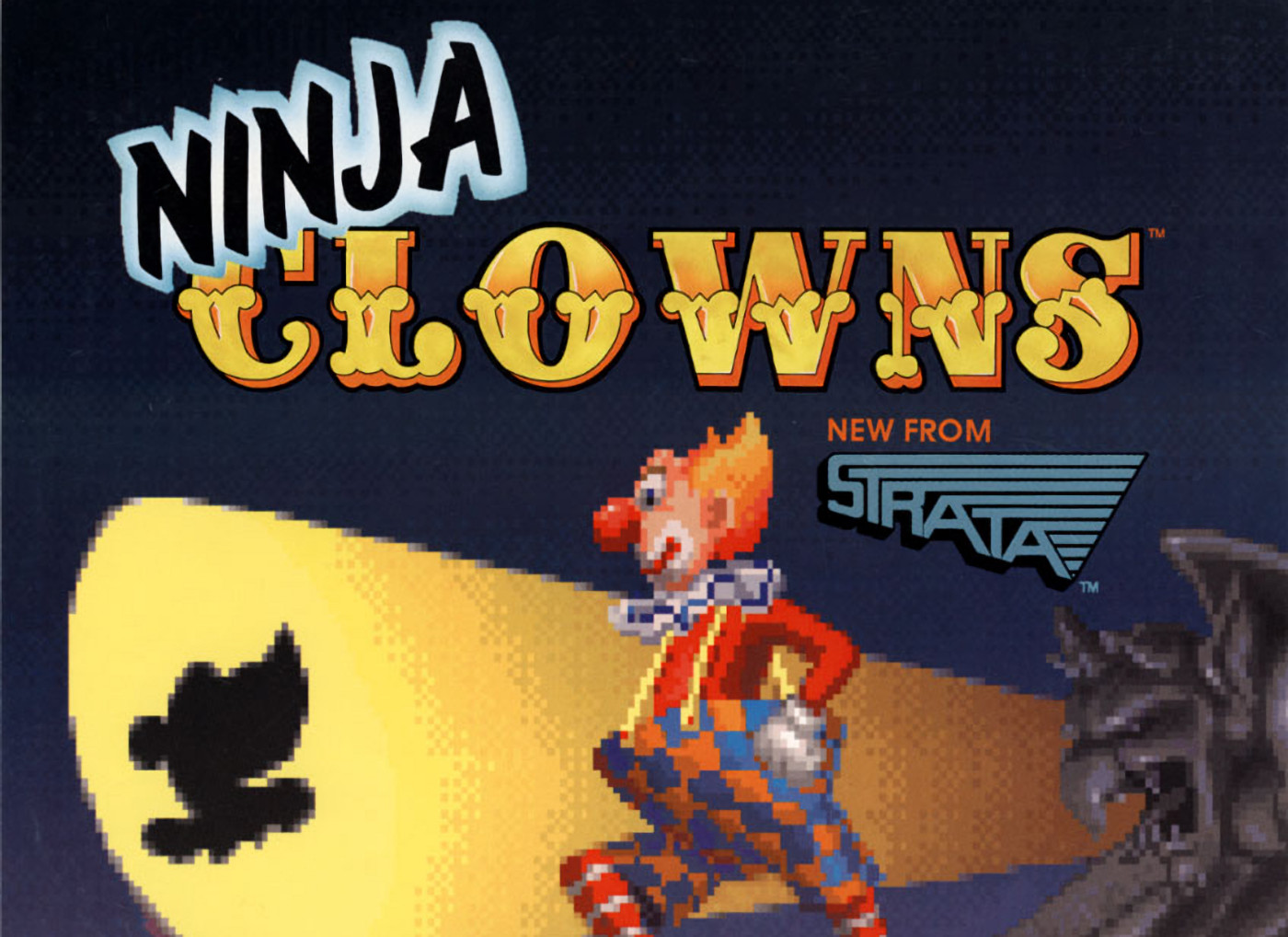 iiRcade is a home arcade cabinet for which users can legally buy and download a variety of classic arcade games and modern indie games. Some of these arcade classics are well-known, while others are more obscure. Today's release of Ninja Clowns definitely falls under the obscure category. Originally released to arcades by Strata (the Time Killers guys) in 1991, Ninja Clowns is a quirky 2-player beat 'em up featuring a pair of crime-fighting clowns. The premise behind Ninja Clowns involves a supervillain named Twisto launching a big at world domination. Only the mysterious ninja clowns (who aren't particularly ninja-like) can stop him. The narrative comes to life between amusing cinematics between levels. Strata might not have been a very good game developer by most measures, but their games certainly didn't lack wacky personalities.

As for gameplay, the jokester heroes must traverse a variety of levels while beating up evil clones of businessmen, bearded ladies, and many other baddies with varying levels of silliness. Our clowns can punch, kick, and perform spin and roll moves to fend off opponents. The game lacks grapple or throw moves, limiting the depth of the combat. Clown-themed weapons like water balloons and punching gloves do turn up now and then, though, even if they deplete and disappear after a few uses. Ninja Clowns is, of course, a krusty, largely unknown beat 'em up. Still, that's part of what makes iiRcade such a cool platform. Gamers can find and buy titles that once populated precious few arcades and businesses, games that have never been popular enough to get console releases. The iiRcade version of Ninja Clowns features save states (uncommon for iiRcade games) and will eventually support online co-op after that feature rolls out to the platform. Get it on iiRcade for $9.99.

iiRcade has also announced the impending release of Montezuma's Revenge. This version of the 1984 Metroidvania-like platformer will be based on the Steam remake which offers both new and retro graphics options.