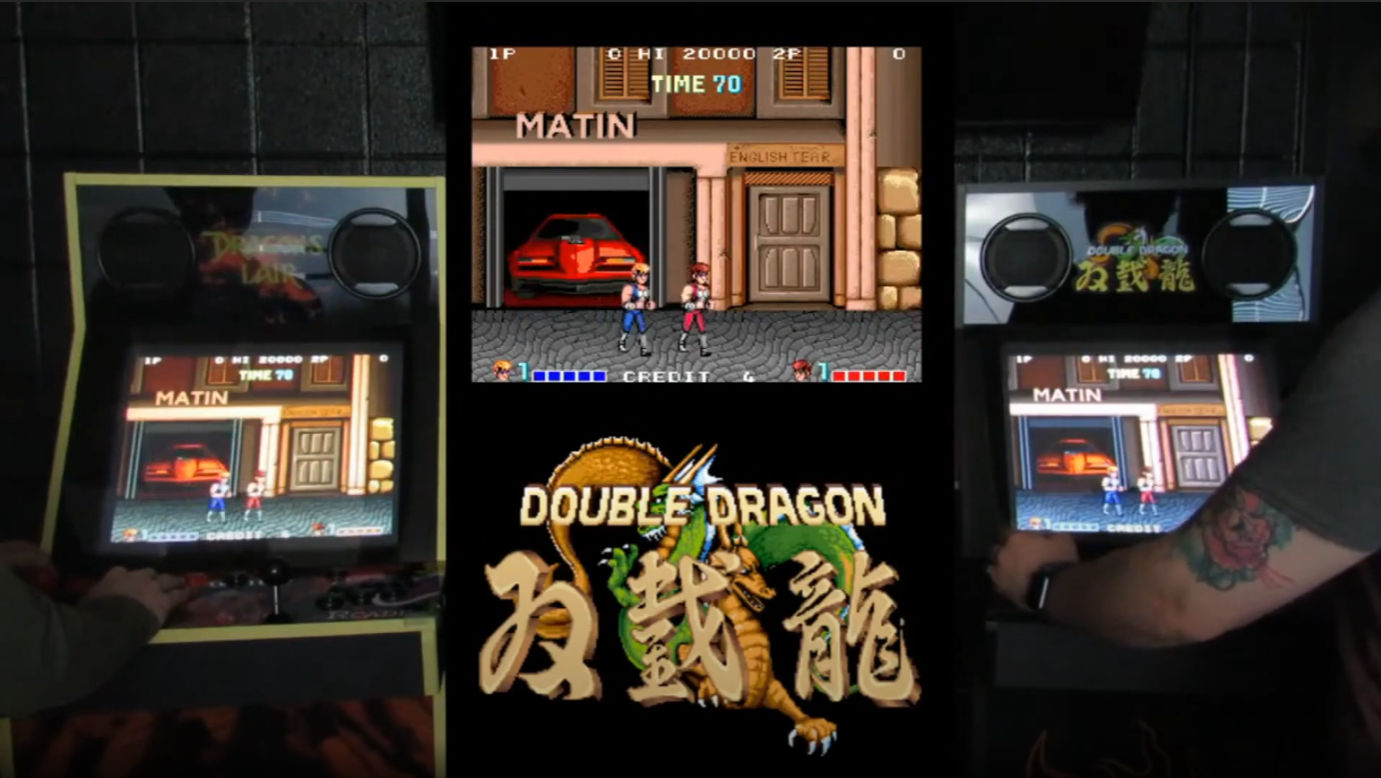 The appeal of the iiRcade home arcade console is that it mixes the experience and form factor of an arcade cabinet with the console-like ability to buy and download games. The iiRcade platform will soon resemble modern consoles even more closely in features when online multiplayer (including co-op!) comes to all retro games on iiRcade early next year.

The announcement of online multiplayer for all retro games came during this week's livestream. Every week, iiRcade founder and CEO Jong Shin hosts a livestream on YouTube in which he and other staff show off games and features such as online play, which is currently in alpha status. During the latest stream, iiRcade revealed online play in Breaker's Revenge, Double Dragon, Data East's Hoops, Magical Drop 3, Out Zone, Snow Bros. 2, Gunbird, and Windjammers - four of which are co-op titles! Online play is coming to all retro multiplayer games on iiRcade, but the feature won't launch simultaneously across all those games. Instead, it will start to roll out to batches of games starting in Q1 of next year. This will allow iiRcade to test and optimize each title's online multiplayer before opening it up to the masses. Lobbies, matchmaking, and even pricing details are still up in the air. Hopefully, online play will be free. iiRcade is too niche a platform to charge for online modes, in this writer's eyes.

Frequent updates and new features are certainly a selling point to the iiRcade home arcade console. The cabinet, which is playable in bartop or upright configurations, includes a 19-inch monitor, 100W stereo speakers, Wi-Fi 5, Bluetooth, HDMI output, and 11 pre-installed games, including the co-op classics Double Dragon and Gunbird. Additional classic arcade games and modern indie games are available to purchase as well.

iiRcade cabinets are currently on sale for $399-599 on the iiRcade website. Amazon also has the bartop on sale for $249.99 and the and stand on sale for $49.99, the lowest prices so far. We'll have a full review of the $599 iiRcade Black Edition home arcade cabinet soon!