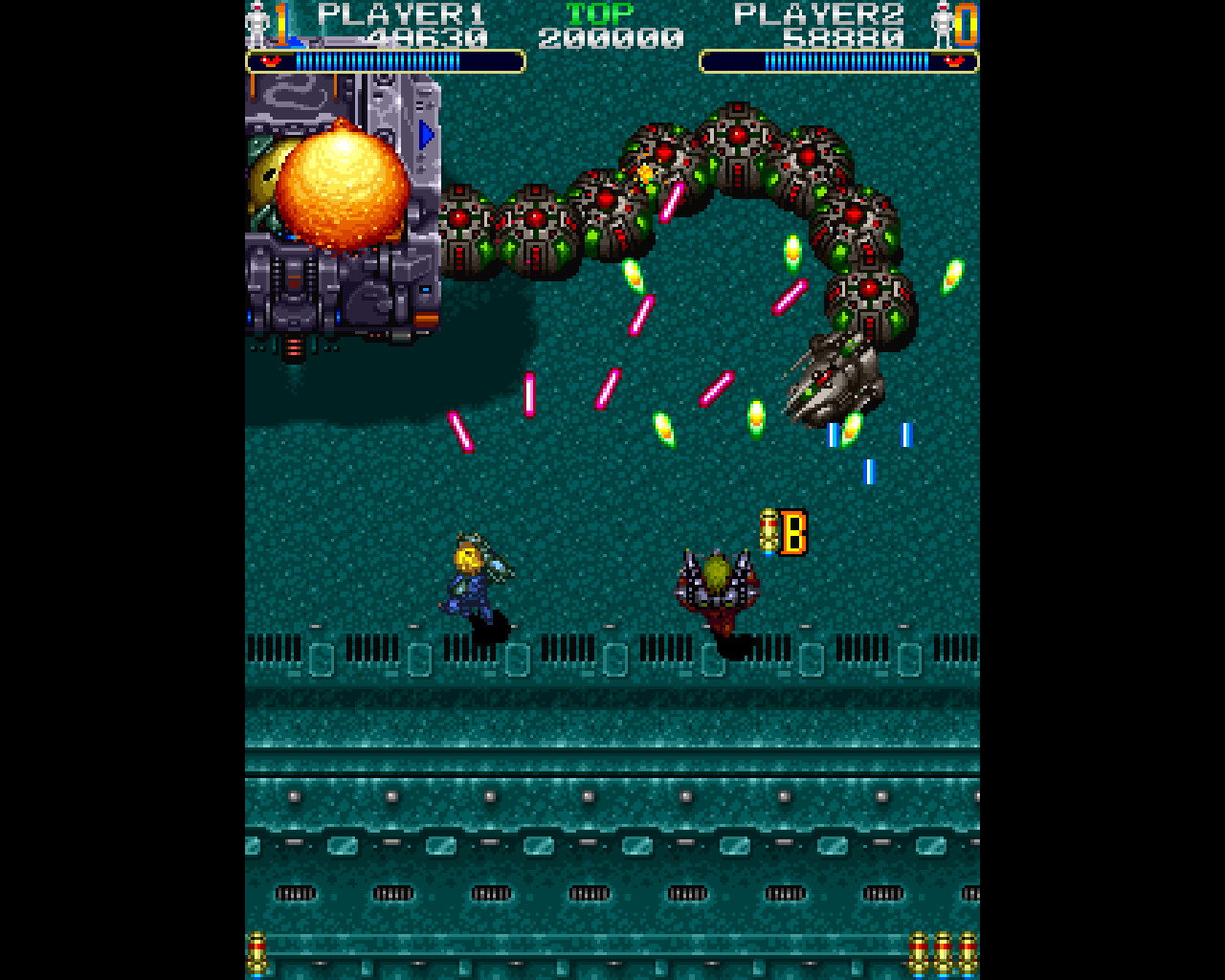 Back in November of 2021, iiRcade announced that online multiplayer would come to all multiplayer retro games on the platform. iiRcade, of course, is a home arcade cabinet/console for which players can legally purchase classic and modern indie games. Online multiplayer finally debuted in five iiRcade games today, including the co-op classic Out Zone. Having played through the full game in online co-op, we're excited to see which games will get online multiplayer next. To enable online multiplayer, iiRcade owners will first have to download a new firmware update. Once the update has installed, gamers will then need to enable online features via the Online Game Check option in the Settings menu. After doing that, any games with online features will display the word "Online" from the game selection menu. There's no way to sort online-enabled games at present.

At launch, the following games have online play:

iiRcade plans to add online functionality to 3-5 additional retro games each week, so the platform should have more online co-op options soon. After selecting a game with online functionality, players are prompted to choose between Online and Local Play. Next, players can choose between creating a room or being matched into an existing room (Instant Play). After creating a room, you just sit around waiting for an opponent. Someone joined my game after a few minutes. I can't say who my partner was, though, because of a bug that sometimes showed the host player's name in place of the guest player's. Hopefully, that will get fixed soon.

Once both players join the room, the host can choose to launch the game. It then boots up seamlessly, looking no different than if both people were playing locally. Each player can insert coins and choose to start, and then the online magic happens. Out Zone is a top-down shooter in the style of Mercs or Ikari Warriors. It takes place in a futuristic setting, with the two mercenaries/heroes arriving by ship on a jungle planet. From there, the protagonists will progress through seven levels of hardcore shooting action.

Not only does Out Zone look and sound great, it actually features unique level design with maze sections, moving platforms, pitfalls, and other cool elements. The bosses are huge and interesting as well. It's certainly a must-play for fans of run-and-gun shooters - maybe we'll look at it in our Co-Op Classics column in the future. Out Zone costs $9.99 on iiRcade.

Other than not being able to see my teammate's name, my online co-op session was flawless. We never experienced latency or any unusual behavior; the two of us just ran through the game, guns a-blazing. I look forward to playing more iiRcade games in online co-op in the future, especially some beat 'em ups!

Note that some players have experienced endless loading screens when trying to join another player's game. When this happens, the affected player must turn the iiRcade cabinet off, restart, and try to join another game. That's not an acceptable experience, but online play is currently advertised as being in Alpha status. We can expect optimizations and bug fixes soon.