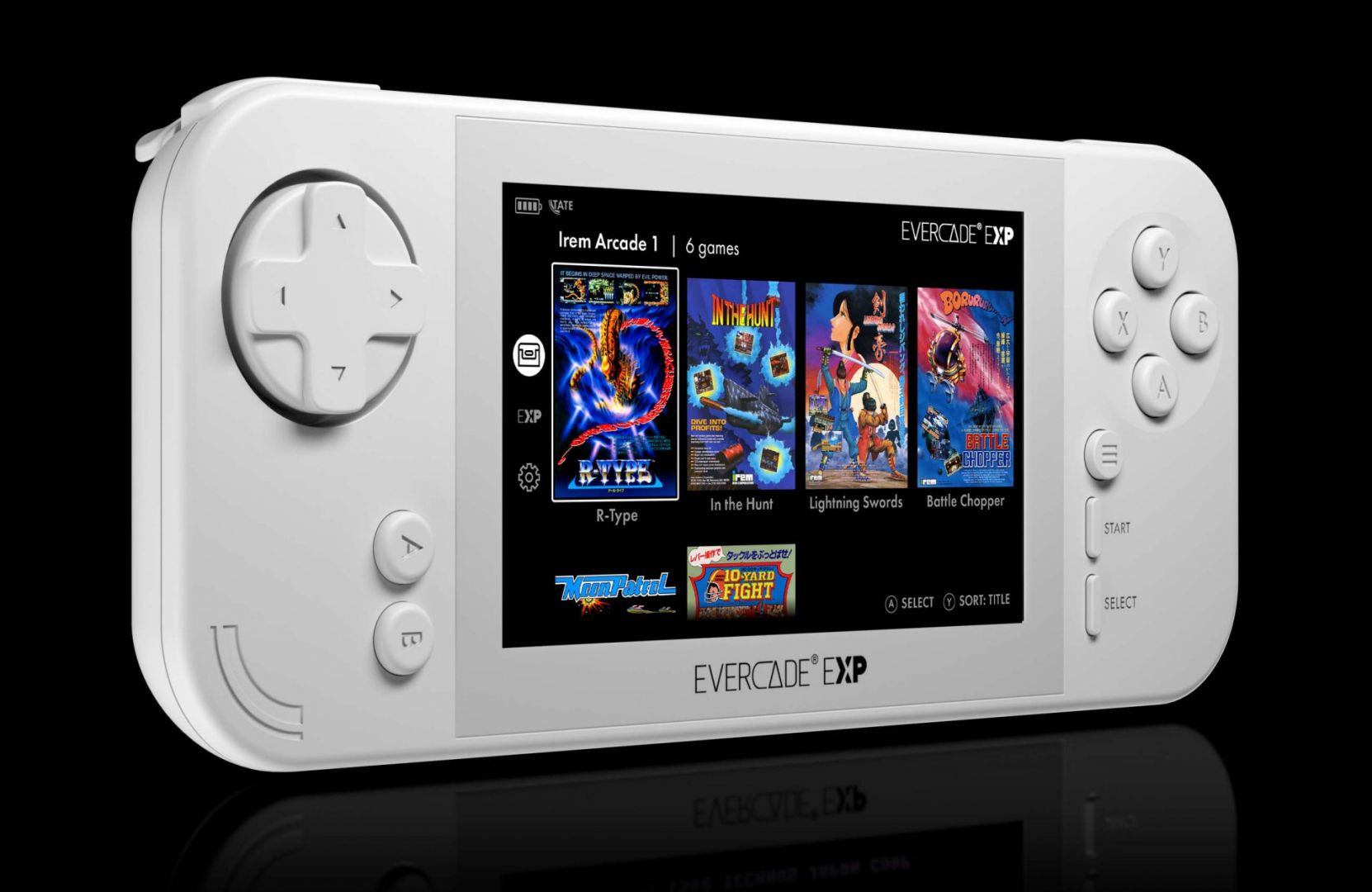 Evercade is an interesting retro and indie-focused platform that started started as a cartridge-based handheld. Manufacturer Blaze Entertainment then released the Evercade VS, an HD console for televisions, which plays the same cartridge-based games - some in co-op. Now, Blaze has announced two exciting new products: the Irem Arcade Collection 1 for Evercade, which will include the co-op classics In The Hunt and Lightning Swords, as well as a premium portable console, the Evercade EXP.

Irem Arcade Collection 1 will include:

In the Hunt and Lightning Swords As for the Evercade EXP portable console, it will include:

Included in the box is the EVERCADE EXP console, the IREM Arcade 1 cartridge collection, a USB-C Charging cable, and a quick start guide.

We're not sure whether the Evercade EXP will support multiplayer via Wi-Fi; the original Evercade portable lacked multiplayer support. Wi-Fi will definitely be used for console and game updates, at least.

In the UK, the Evercade EXP Limited Edition is currently available to preorder for £179.99 GBP from Funstock. US preorders for Irem Arcade 1 and the Evercade EXP haven't opened up yet, but we expect Amazon and Best Buy to carry both products. The Evercade VS home console sells for $129.99 at Amazon.