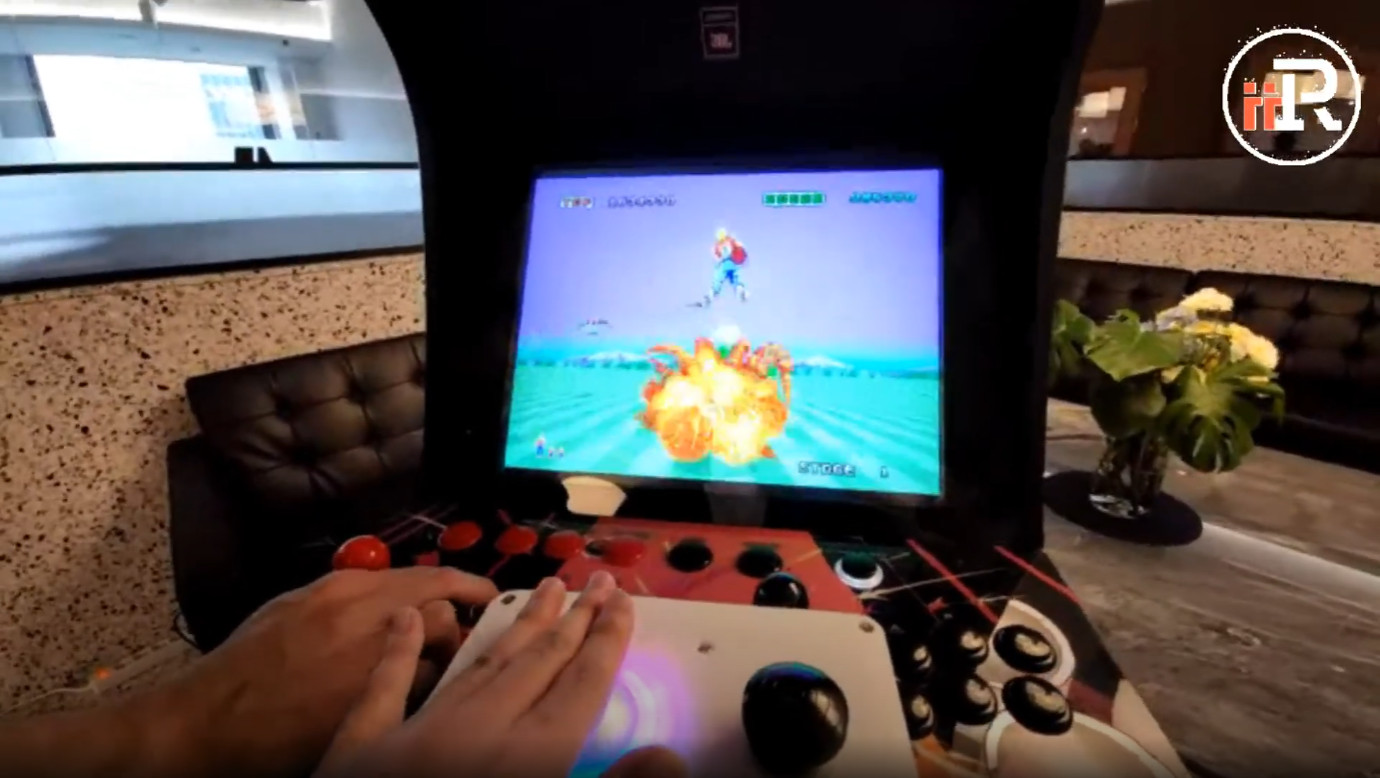 iiRcade is a home arcade platform for which users can buy individual games. One thing it has not been until now, though, is an arcade platform with support for trackballs and other devices. That will soon change, though, because iiRcade has just announce that accessory support will be coming to both existing iiRcade cabinets and the upcoming iiRcade Gold Edition cabinets. This should allow for a greater variety of classic arcade games to be offered on the platform.

All iiRcade cabinets come with 2 built-in arcade sticks. Most arcade games work great with joysticks, but not all. That's where accessories come in. Accessories that will initially be supported by iiRcade include trackballs (used in games like Centipede) and spinners (used in games like Arkanoid Returns and Tempest). Arcade stick support, which would allow 4-player multiplayer, was not been specifically announced in the press release we received.

Speaking of not announcing things, no new games have been announced for iiRcade that will take advantage of spinners and trackballs just yet; iiRcade is strangely averse to announcing games in advance. However, tonight's livestream did showcase Ghox (a spinner-based Arkanoid-style game), Midnight Resistance, and Space Harrier being played with a trackball accessory. None of those games were originally trackball-based in arcades, so the demonstration was a bit incongruous. Looking to the future, iiRcade already has some Taito games, so trackball and spinner-based Taito games seem decently likely to come along eventually.

Following last week's release of The Age of Heroes: Silkroad 2, iiRcade has just put out a new game with 2-player local co-op:

Does iiRcade have way too many vertically-scrolling shmups? You be the judge.

In other iiRcade news, online co-op has been added to three more iiRcade titles. Previous games to receive online co-op include Warrior Blade, Cybattler, Knuckle Bash, Dogyuun, and Out Zone.

That’s an even more impressive list than last week, given that it contains two different co-op classics. Additional games should get the online multiplayer upgrade every week; we can’t wait to see the platform’s online co-op support continue to grow.

iiRcade plans to eventually add online multiplayer to all retro multiplayer games on the platform.

All iiRcade cabinets include 64-128 GB of built-in storage, a 19-inch monitor, 100W stereo speakers, Wi-Fi 5, Bluetooth, HDMI output, and 11 pre-installed games, including the co-op classics Double Dragon and Gunbird. Additional classic arcade games and modern indie games are available to purchase as well. Premium Gold Edition cabinets also available to preorder at a discounted price of $799 through the end of May.