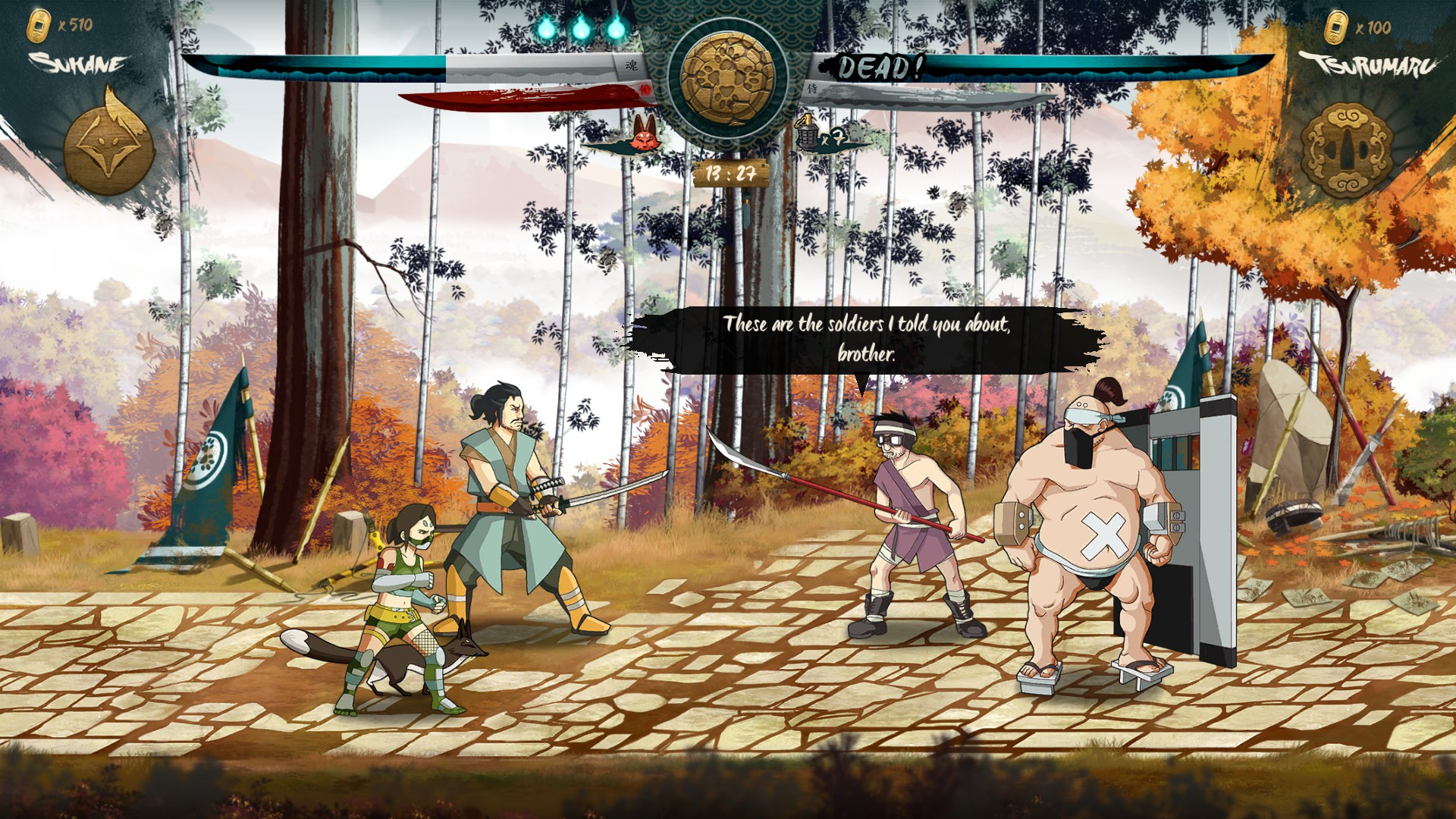 A few years back, a feudal Japan-themed beat 'em up called Samurai Riot from indie developer Wako Factory debuted on Steam. The game has now launched on Switch, and the Steam version has been retitled as Samurai Riot Definitive Edition. A story-heavy co-op beat 'em up, this game follows a pair of samurai as they choose whether to support a rebellion against their cruel master or put it down for good. If co-op players disagree on a story decision, they'll have to fight each other to determine which action to take.

After a quick playthrough of the first level, the strengths that I observed in Samurai Riot include the two wildly different characters, the unlockable "fighting schools" that allow a degree of character customization, the branching story paths, smooth controls and combos, and beautiful backgrounds. Weaknesses include the character art, lack of enemy variety, and repetitive music. Overall, it seems to be a fairly robust and enjoyable beat 'em up for the money.

As for Steam-specific impressions, we can confirm that Samurai Riot is Steam Deck-compatible. When playing on my regular, beefier machine, I noticed some screen tearing problems resulting from a lack of Vsync. Perhaps that feature can be added in a future update, but it's worrisome for such an issue to persist after 5 years of release.

Samurai Riot supports 2-player local co-op. The game sells for $9.90 on Switch and $11.99 on Steam. The Switch version should really be titled Samurai Riot Definitive Edition as well; that would make life simpler for everybody.

A Steam review copy was provided by the publisher.