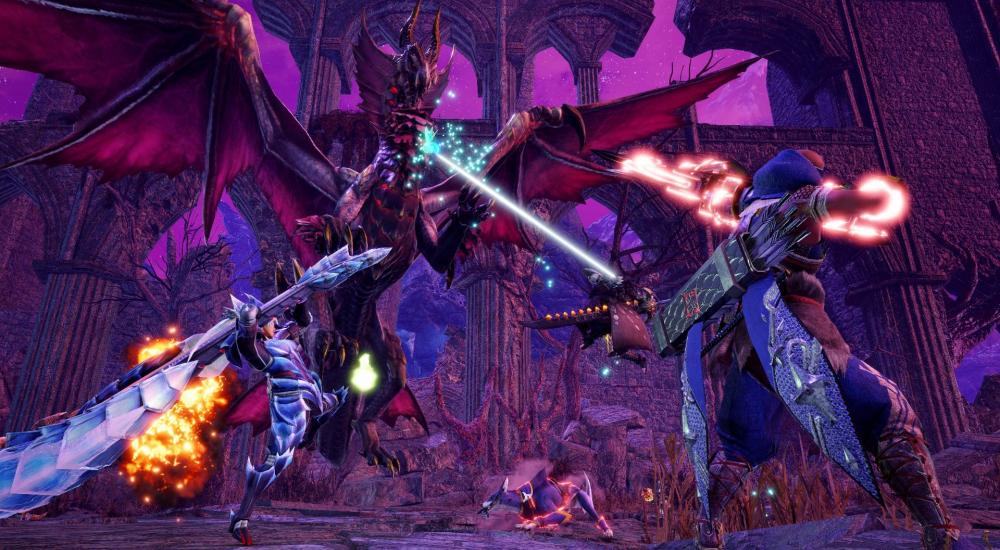 The much anticipated "massive expansion" to Monster Hunter Rise - Sunbreak - arrived yesterday (June 30) and earlier this week, in anticipation of its release, we figured we'd dip back into Rise for a quick High Rank hunt before checking out a couple of the new monsties in the Sunbreak demo.

Monster Hunter fans have been waiting for new content for Rise pretty much ever since its release last year and now they've finally got it. The big highlights of Sunbreak are the new/returning monsters to hunt in new areas along with a new hub zone and new story missions. The expansion also includes some new Switch Skills and Silkbind Attacks for each of the 14 weapons, the ability to change your Switch Skills on the fly during a hunt, and Master-rank quests for those seeking further challenges.

If you're interested in checking out a little bit of Sunbreak before committing to the game, there is a demo available on PC and Switch - which we show off in our stream recap below - that includes four monsters to hunt solo or with friends, including Astalos (a returning monster coming in Sunbreak) and Malzeno, the new vampire-themed Elder Dragon.

While Monster Hunter can be a bit overwhelming at first, Rise feels even more welcoming than World did. Multiplayer quests are kept separate from single-player quests so you can hop in with friends and start hunting right away; wirebugs and Palamute riding make getting around even easier than before; and you're now given gear that will help you get through all of the Low Rank stuff and, with Sunbreak's release, a good chunk of High Rank hunts as well. You'll need to complete a specific High Rank 7 multiplayer quest in order to access the new content, which can take between 20 - 25 hours if you're grinding out the gear as you go. Using just the "catch up" gear provided, Locke and I powered Mike through all the Low Rank hunts and started with the High Rank ones in about 2 hours, so it definitely goes quicker.

Monster Hunter Rise is available on Nintendo Switch and PC via Steam, and it's currently on sale on both platforms for $30.59 until July 7. Rise is needed in order to play Sunbreak, which is available for $39.99. Four player online co-op is supported in the multiplayer quests.