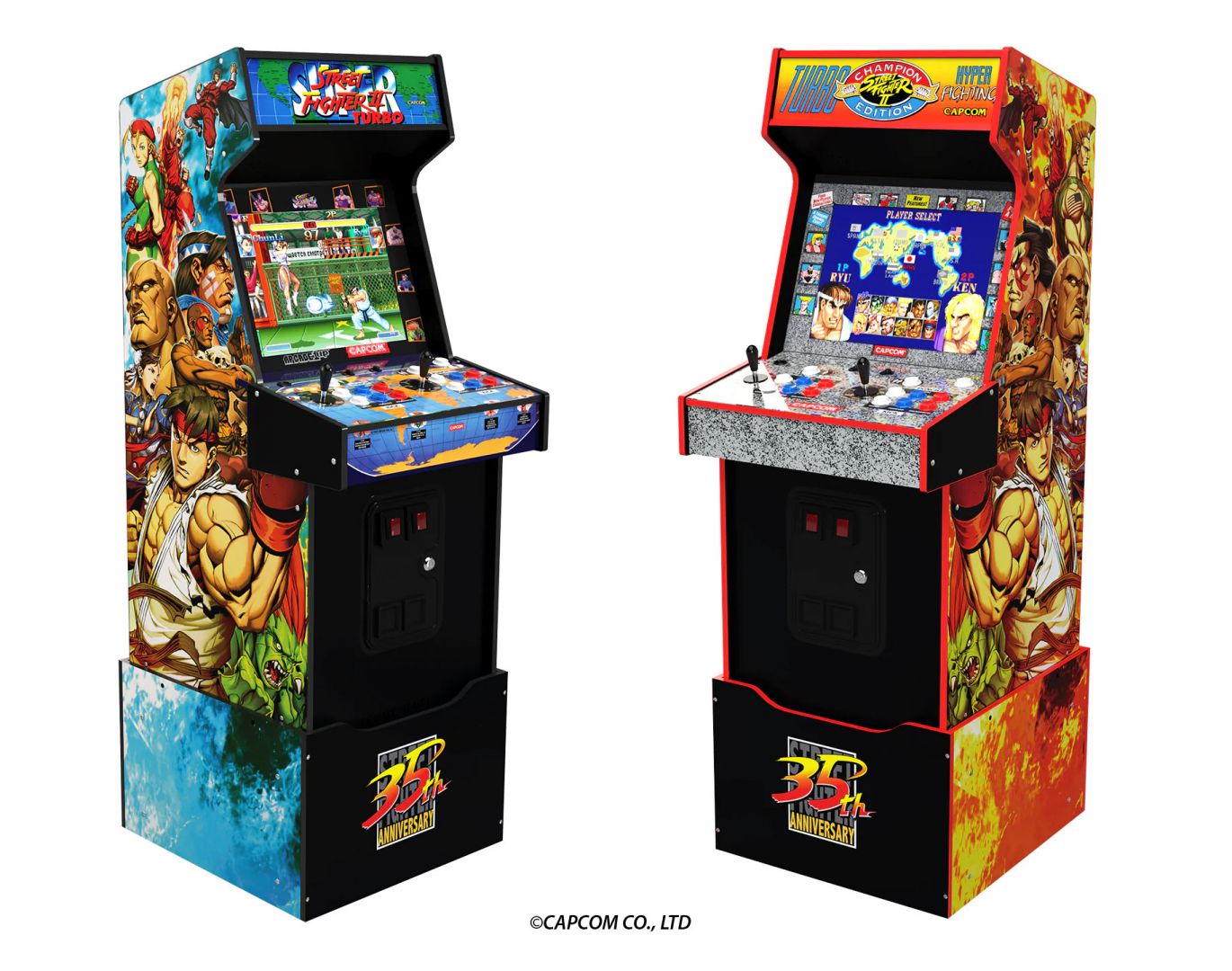 That's a stellar assortment with more than half of the games featuring cooperative multiplayer! The list originally contained the first Street Fighter, but it turns out that Strider is included instead. That's good because Strider is a great platformer, and nobody in this cruel world of ours plays the original Street Fighter for fun.

For those counting genre titles, this lineup contains five beat 'em ups, four-ish fighting games (depending on how you categorize Slam Masters), two shoot 'em ups, one action platformer, one sports game (which actually consists of basketball, soccer, and tennis), and one puzzle game. On consoles and PC, some of these games will be available in the upcoming Capcom Arcade 2nd Stadium collection. Arcade1Up also announced the Bandai Namco Legacy Ms. Pac-Man Edition cabinet, which offers online leaderboards and a fair lineup of 14 games. Notably absent from the cabinet is Galaga 88, a stellar shoot 'em up that has been included on a few other Bandai Namco-themed cabinets.