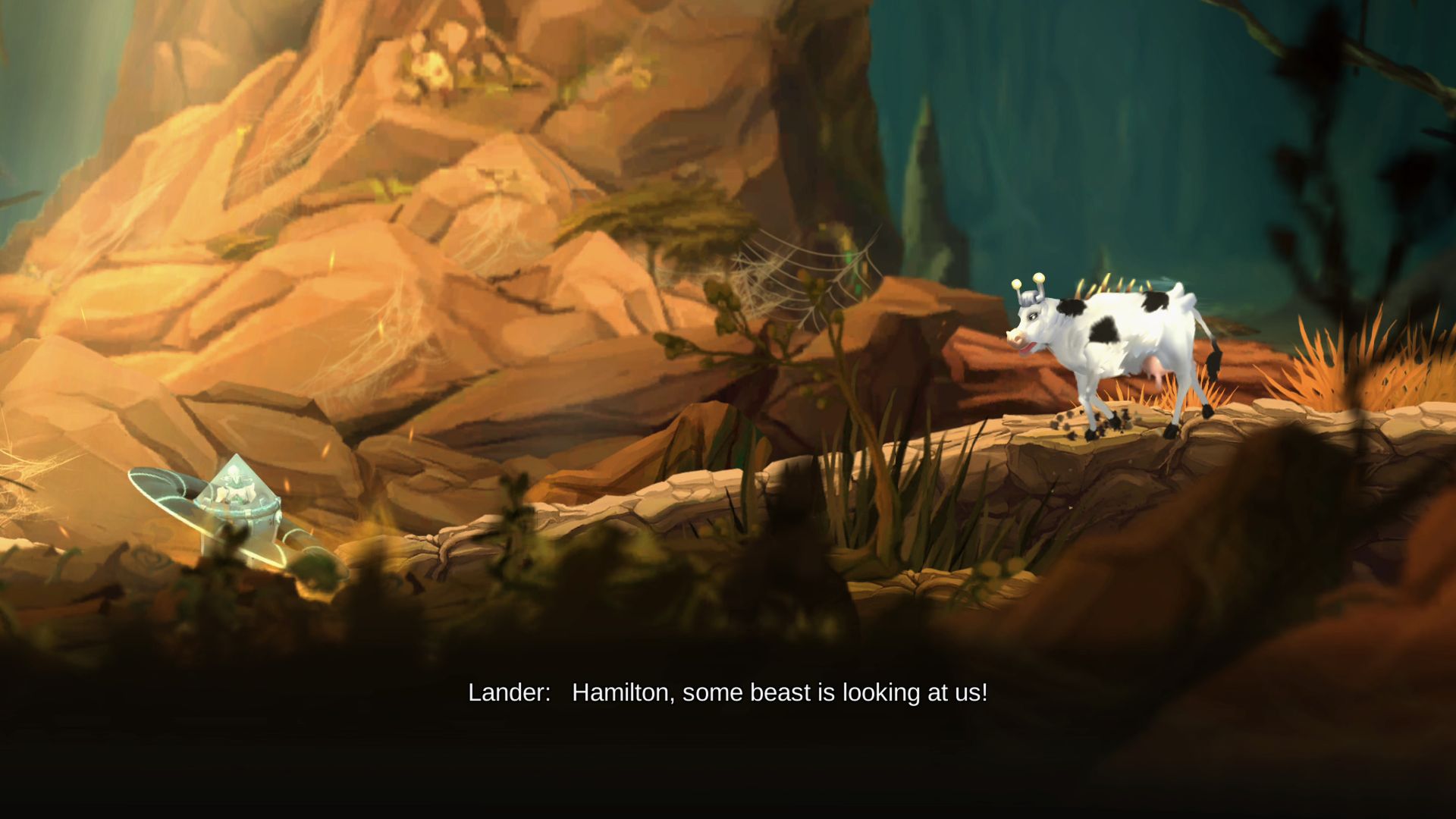 Moo Lander is a charming and silly Metroidvania game from The Sixth Hammer that recently arrived on consoles and Steam. Trapped on an alien planet, a lone astronaut must pilot his ship across hostile terrain while scavenging for resources and dealing with bizarre alien cows. In addition to the solo campaign, Moo Lander also features co-op minigames for up to 4 players. The Steam version of the game is on sale right now, making it a perfect time to suit up and blast some cows.

In the Moo Lander campaign, a solitary astronaut and his AI companion have arrived on Mars in search of precious milk for their struggling civilization. Unfortunately, the astronaut botches the landing pretty badly, scattering parts of his ship all over the place. It still flies but will need lots of repairs before it can conquer the alien cows and bring their milk home. Moo Lander differs from other Metroidvanias in that the hero doesn't move around on foot. Instead, players fly everywhere. This vastly opens up the maps since the ship has 360 degrees of movement. The hero will still perform traditional Metroidvania tasks, though, such as solving puzzles to open doors and finding upgrades to open new paths. There will also be boss encounters against a variety of huge mutant cows. In the separate "Mooltiplayer" menu, players can choose from the following multiplayer modes:

Players can choose from 4 different UFOs (kind of an anemic selection) and multiple maps for each mode. The "Lander vs AI Cow" mode is basically a boss fight in a relatively enclosed environment, whereas "Survive the Waves" is a horde mode in a much larger location. Enemies in Survive the Waves tend to be alien plants, though I wouldn't be surprised if the team still has to fight cows during later waves.

Moo Lander sells for ~$17.99 on Xbox, PlayStation, and Steam. A Switch version will launch later this year. The Steam version is currently on sale for 20 percent off, however. The sale ends on July 17, so get a moo-ve on!